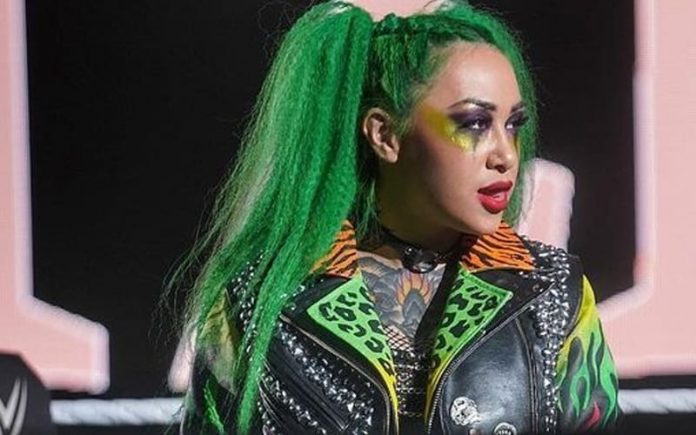 Following the women’s Money in the Bank ladder event last Saturday, where Shotzi had a couple missed spots—which occurs in this kind of frenetic match—she faced backlash from the fans.

Following criticism from followers on Twitter, Shotzi made the decision to delete her account. She posted the following statement on her Instagram stories to explain her choice and reassure followers that she is alright.

“I appreciate everyone checking on me but I swear I’m fine. I have been going through the toughest year of my personal life so it’s deeper than nasty comments, but also Twitter has not helped with my already fragile mind state. Just trying to stay motivated and positive. I am focused on my goals and not what’s on the internet.” 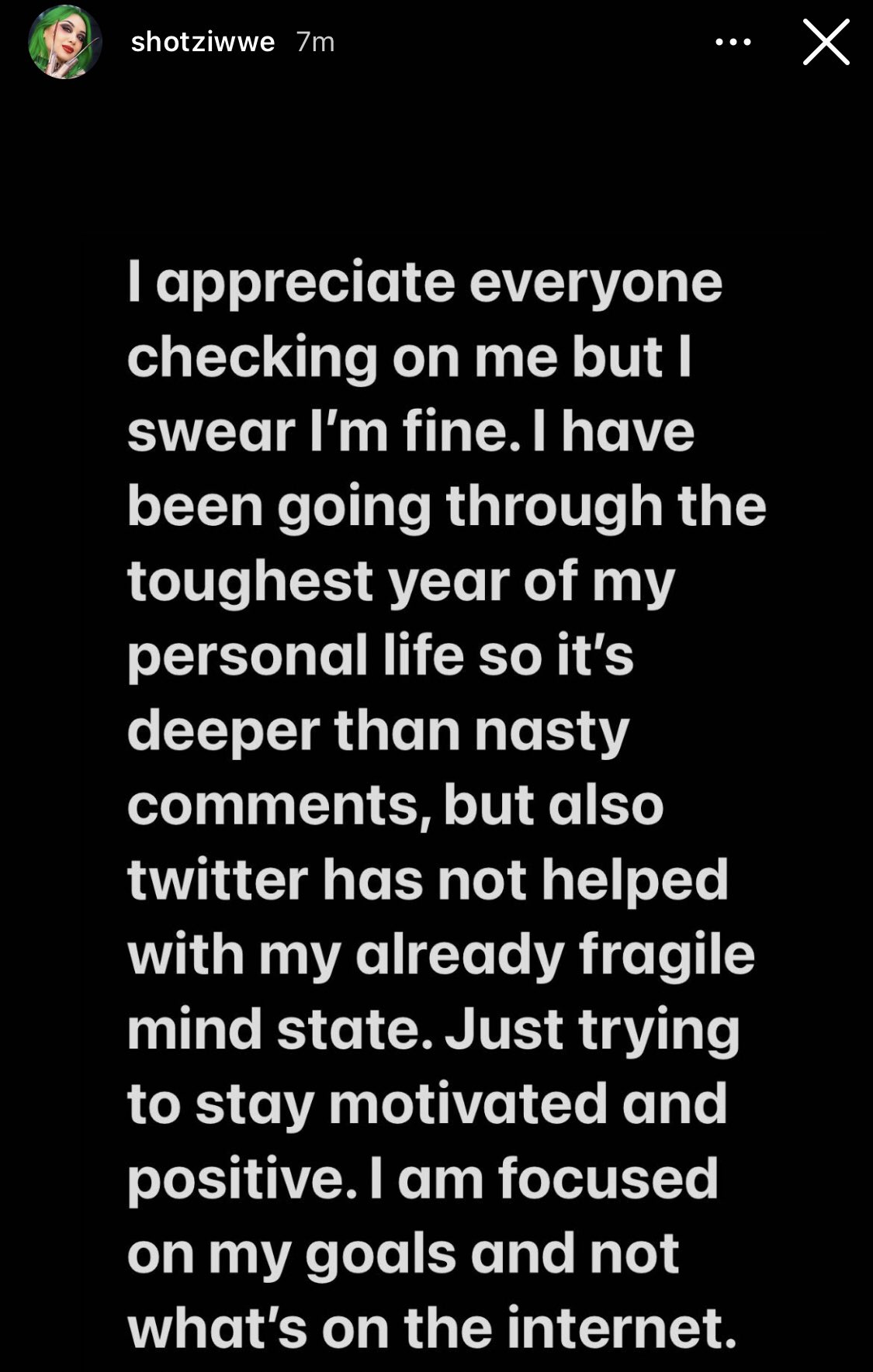