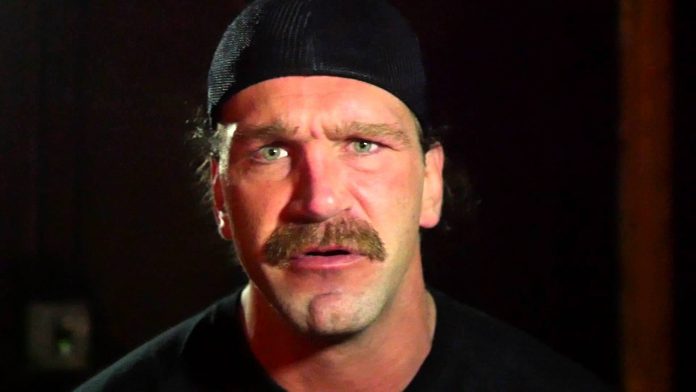 Silas Young recently spoke with Chuck Carroll of CBS Sports to talk about various topics. The following highlights were sent to us:

Recently, you tweeted that your contract had expired with Ring of Honor. Where do things stand there? Are you interested in resigning, or are you testing the free agent waters?

Oh no, I’m gonna re-sign with Ring of Honor, I’m really happy. I just like to have fun on the Internet sometimes, that’s all.

Obviously then, you saw the stories about, “Is he going back to WWE? Is he unhappy at Ring of Honor?” That was just you having a little bit of fun, huh?

Yeah, it was just me and my family. We were down in Orlando and the weather was kinda cold and crappy. I was like, “Oh, I’m just gonna post this to amuse myself.”

Would you have any interest in trying to go back to WWE? Or are you happy taking the path that Cody [Rhodes] and the Bucks are on, and really carving your own way outside of the McMahon auspices?

Right now, I feel like I have really good momentum with Ring of Honor. I feel like there’s really good things happening there, I’m really starting to come into my own. I have a lot of things I want to accomplish. Right now, I don’t see it happening, but never say never in wrestling. I’m really happy. I really enjoy the work, the schedule, the creative freedom, everything that Ring of Honor allows us.

You’re the Ring of Honor TV champion. What sense of pride and accomplishment comes with being told that you’re gonna win gold in the promotion? You must see that as a vote of confidence from the bookers.

Yeah, absolutely. In wrestling, a lot of guys, we’ve wrestled a lot of different places, and we’ve won championships before. To be honest with you, winning the Ring of Honor World Television Title, there was a huge sense of pride with that. It’s a world-renowned company, and it’s a belt that’s only been held by guys who are highly respected. I take a lot of pride in that, and like you said, it’s knowing that the company, the bookers, they have confidence in you, they think you can carry that. It’s awesome, I’m enjoying it.

Now we’re also seeing a huge vote of confidence in the women, with the women’s tournament, and crowning the first ever women’s champion. What have you seen out of that division?

Women’s wrestling, in general, has been a huge thing, and a huge thing to pop up in the last, I don’t know, few years or so. It’s good that Ring of Honor’s recognizing that there’s a lot of really good, talented female wrestlers out there. It’s good that they’re getting another place and opportunity to showcase that.

Danhausen Wants Work In Hollywood, Why He’s Not Featured In Video Games