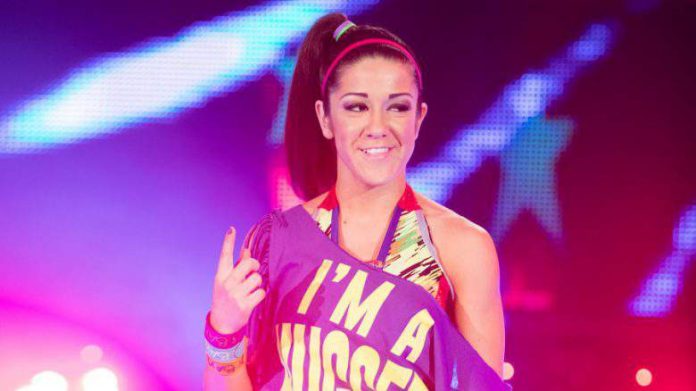 Two matches and a segment featuring Kevin Owens is set for this Tuesday’s episode of SmackDown LIVE from the KFC Yum! Center in Louisville, Kentucky.

WWE has announced a Six-Woman Tag Team Match for the show as Bayley, Carmella and Ember Moon will team up against Charlotte Flair, Mandy Rose, and Sonya Deville.

A match pitting Ali and Andrade is also scheduled for SmackDown. Ali, Andrade, Finn Balor, and Randy Orton are SmackDown’s participants in the Men’s Money in the Bank Ladder Match.

Money in the Bank takes place on Sunday, May 19 at the XL Center in Hartford, Connecticut. With Kofi Kingston defending the WWE Championship against Owens at the pay-per-view event, WWE has announced a segment for SmackDown where Owens will address Kingston’s attack on last Tuesday’s show.