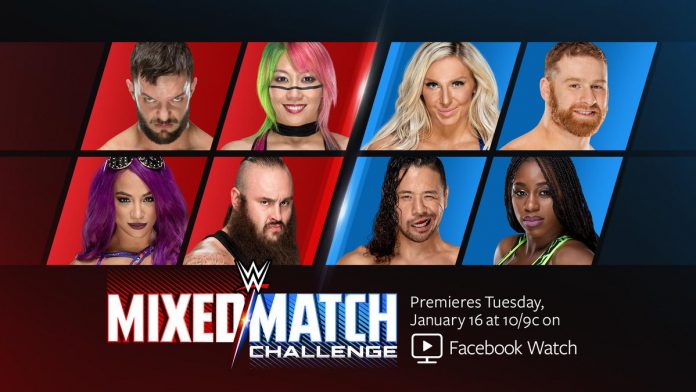 Crews has found new life since aligning himself with Titus Worldwide, as the partnership has armed the grappler with a great deal of momentum. Crews replaces Enzo Amore in the revolutionary competition after the WWE Cruiserweight Champion took ill with the flu. Despite Crews’ enormous enthusiasm, however, Jax doesn’t appear over-excited at the prospect of their new union.

An intimidating tour-de-force inside the squared circle, Nia initially entertained the hope of forming a dominant tag team with the likes of Braun Strowman, who was instead paired up with her best friend Alexa Bliss. Considering their rocky start, can Jax and Crews can get on the same page and make an effective run to win the Mixed Match Challenge?

Together, the unlikely combination will do battle in the ground-breaking tournament on Facebook Watch, where male-female WWE Superstar pairings will attempt to win $100,000 for a charity of their choice. Each showdown in the competition will follow traditional Mixed Tag Team Match rules: When tagged, male Superstars face off with the opposing team’s male competitor and female Superstars battle fellow female competitors.