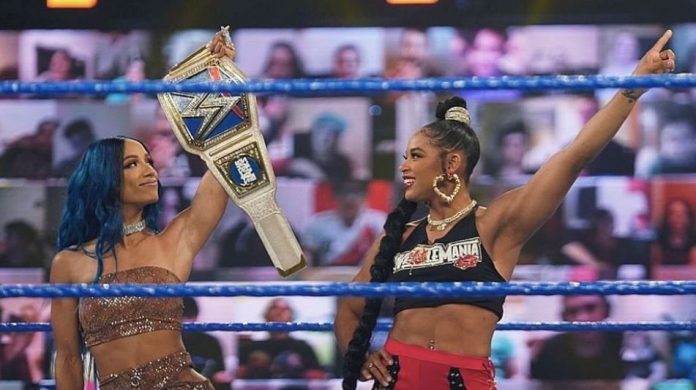 It looks like Bianca Belair vs. SmackDown Women’s Champion Sasha Banks will headline Night One of WrestleMania 37 after all.

We’ve noted how fans recently started a social media hashtag campaign to let WWE know they wanted Belair vs. Banks to main event Night One of The Grandest Stage of Them All. The other obvious option would be Drew McIntyre vs. WWE Champion Bobby Lashley.

In an update, WWE Chief Brand Officer Stephanie McMahon appeared on The Bill Simmons Podcast this morning and stated that Belair and Banks will headline Night One. She was asked who WWE sees as their biggest stars.

“But you can’t discount our women as well. I mean you’ve got Sasha Banks, and Sasha & Bianca [Belair] is newer, but they’re gonna be headlining Night One of WrestleMania. That’s gonna be pretty special and spectacular,” McMahon answered.

Banks has mentioned in recent interviews that she was about to “live her dream and main event WrestleMania” but this is the first of a WWE official seemingly confirming the news. McIntyre has stated that he’s fine with opening WrestleMania as he wants to be the first Superstar to make an entrance in front of a WWE crowd since the COVID-19 pandemic hit last year.