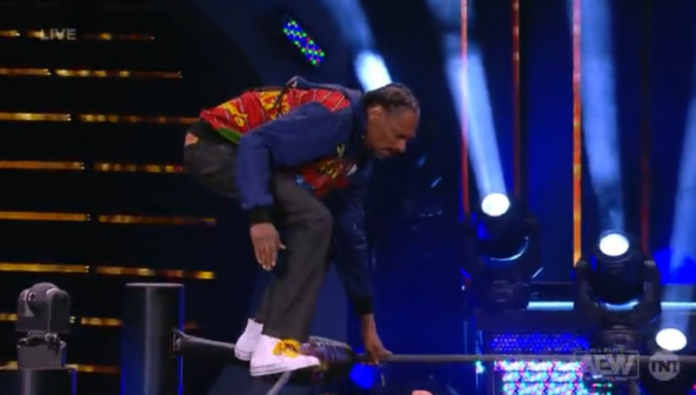 “[laughing emojis] fam! We’re gonna have to work on this,” she wrote.

Many wrestling fans are calling Snoop’s move the worst Frogsplash they’ve ever seen.

You can see video below, along with Banks’ full tweet: