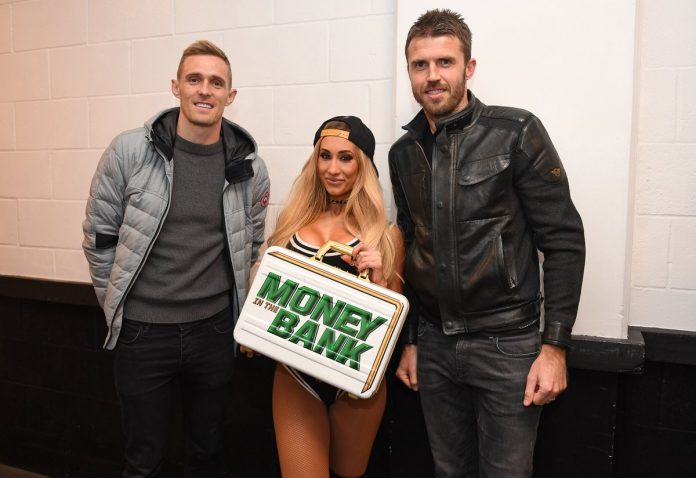 – Above is the new Xfinity commercial with Dean Ambrose and Mojo Rawley, which aired this week during RAW.

– The Chicago Tribune reports that Maria Kanellis has been house hunting west of Chicago so she can be closer to her family as she prepares to give birth to her first child with Mike Kanellis in early 2018. The SmackDown Superstars have been living in Providence, RI.

Great to have you at @WWE #SDLive in Manchester, Darren Fletcher and Michael Carrick! pic.twitter.com/G0NsHiMGUU