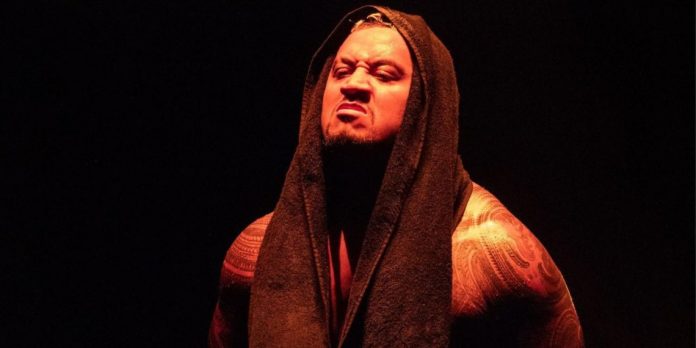 Solo Sikoa, a WWE NXT Superstar, is currently sidelined due to an injury.

In a backstage scene from this week’s Heatwave go-home episode of NXT 2.0, Sikoa was receiving medical attention in the trainer’s area. He was told that his sprained PCL occurred during the previous week’s Falls Count Anywhere victory over Von Wagner. When Solo asked to the severity of the injury, he was informed that the knee was sprained rather than ripped or fractured.

The NXT Street Champ of The Island was upset when the trainer informed Sikoa that he would need to rest for 4-6 weeks.

Solo tweeted after last week’s win over Wagner and wrote, “I’m good.Banged up from lastnight but i’m good. On to the next.”

Solo then tweeted after this week’s segment and wrote, “I’ll be back..This knee injury ain’t nothing!”

In the episode, Cameron Grimes gave Sikoa his congratulations on last week’s victory. Sikoa thanked him and stated that because Grimes has the respect of the locker room, the words meant a lot. Sikoa continued by stating that he will continue to keep an eye on Carmelo Hayes, the NXT North American Champion, in order to continue competing for the title for individuals like Grimes. After hearing what Sikoa had to say, Grimes left the trainer’s room feeling somewhat dejected.

Later, while Grimes was leaving the building, Joe Gacy, Rip Fowler, and Jagger Reid confronted him, escalating the conflict between Grimes and The Schism. A security guard stopped Grimes from going after Javier Bernal after Bernal made fun of Grimes for leaving. When Gacy asked Grimes where he was heading, Grimes replied that he was going back home. Gacy then asked Grimes who he was going to, a reference to how Grimes has no one at home waiting for him. Grimes didn’t respond and simply left the building.

The extent of Sikoa’s injuries, if any, are yet unknown. Wagner did not appear on the show this week.

There has been talk of Sikoa and Wagner being called up to the main roster, but there has been no confirmation of this as of yet.

Here is footage of this week’s NXT 2.0 segment below, along with the related tweets from Sikoa:

I'm good.Banged up from lastnight but i'm good.
On to the next.