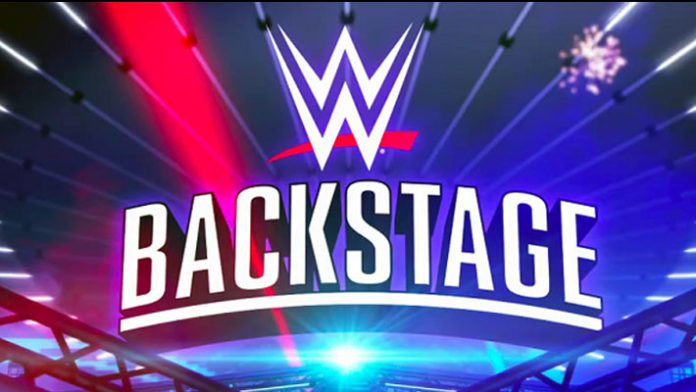 As PWMania.com previously reported, WWE and FOX Sports have announced a special edition of WWE Backstage on FS1.

The special edition of WWE Backstage will be hosted by Renee Paquette (Renee Young), Paige, and WWE Hall of Famer Booker T.

WWE Backstage aired from November 2019 through mid-March of this year after production was stopped due to the COVID-19 pandemic. FOX Sports then announced in June that the show was no longer airing. A special post-SmackDown edition of the show was scheduled to air back on October 23, but it was nixed at the last minute and replaced with an airing of Talking Smack.

Renee Paquette (Renee Young) announced that she will be hosting the special edition of WWE Backstage on FS1.