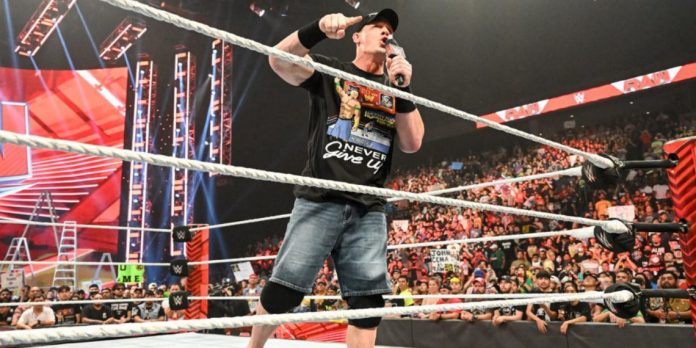 Future matches for John Cena were hinted at during the June 27, 2022 episode of WWE RAW when he was confronted backstage by Theory and Seth Rollins.

The bout between Cena and Theory has been rumored to take place at the 2022 SummerSlam PPV, however Dave Meltzer of F4WOnline.com suggested that it might be postponed until WrestleMania 39.

It was mentioned how Cena’s widely publicized comeback led to a sharp rise in RAW ticket sales. Meltzer explained that Cena, “is not announced for any future TV dates and given how many tickets he moved in Laredo, if he was announced for a show, he’d move more tickets right now than anyone except Dwayne Johnson. So it makes no sense not to advertise him.”

You can check out the backstage segment between Cena and Theory below: