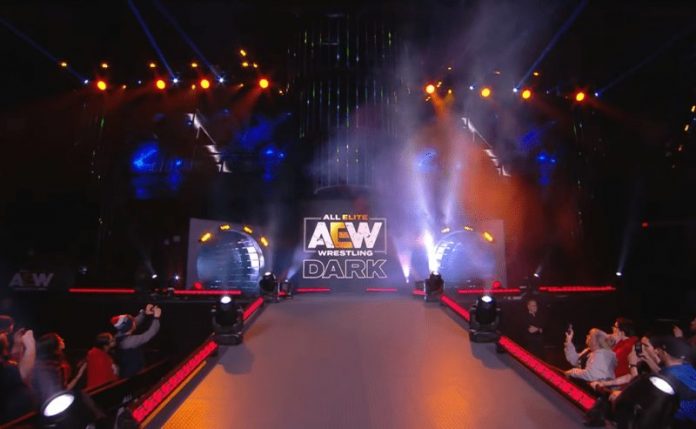 Photos of Jonathan Gresham taken at the AEW Dark tapings in Orlando today have surfaced on social media.

Some fans noticed that Gresham appears to be without the ROH World Championship, implying that he would lose the championship to Claudio Castagnoli at ROH Death Before Dishonor.

Since Mercedes Martinez, the ROH Women’s World Champion, did not wear her belt either, this is actually not a sign of anything.

Midway through the 1990s, WCW would record weeks’ worth of Worldwide episodes in a single weekend, and occasionally wrestlers would make pay-per-view appearances sporting belts they had not yet won.

It appears that Khan is not doing that in this case; win or lose at the pay-per-view, he just chose not to have wrestlers wear belts at tapings that will air after the pay-per-view.

You can check out some photos from the tapings below: