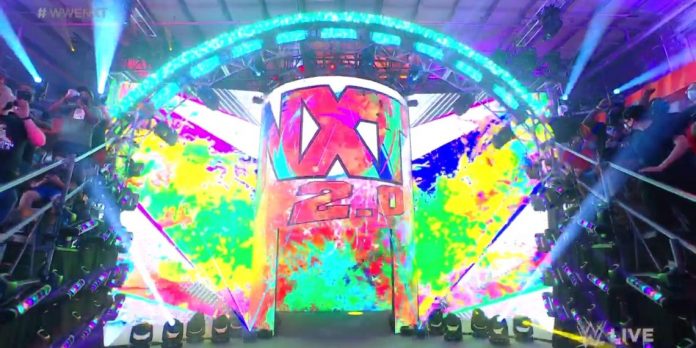 The WWE NXT 2.0 brand has recently released a new cryptic message that has fans speculating on social media.

During a brief segment on Tuesday night’s NXT Great American Bash special, the words “SCAN HERE” were displayed on a QR code. The NXT 2.0 logo colors were used to outline the words.

You reach a WWE website page by scanning the QR code. The only thing written on the page is “8:10:11” in large, white characters against a black background.

It’s noteworthy that the WWE.com URL that the QR code links to contains the letter “br.” For what it’s worth, the full URL with ad campaign information in it lists the ad campaign as “nxt br 2022july.”

WWE did not elaborate on the QR code, but fans speculate that it might be tied to anything from the first NXT NFT drop to the introduction of a new stable or Superstar.

Some fans believe that this could be an alpha-numeric code where the letters stand for a new Superstar or stable and the digits stand for HJK. Fans are speculating on social media that this could be a two-night event for August 10 and August 11, but it doesn’t make much sense as those days are Wednesday and Thursday. There was also some talk about this being the day of the Sunday Takeover-style event scheduled for August 21.

We should learn more in the upcoming weeks, but it’s probable that none of these are what WWE has in mind for the new teaser.

Stay tuned to PWMania.com for more on the new NXT teaser. You can check out related screenshots below:

Here’s what pulls up when you scan the QR Code from NXT 2.0 pic.twitter.com/h6ZJkK7Hdi