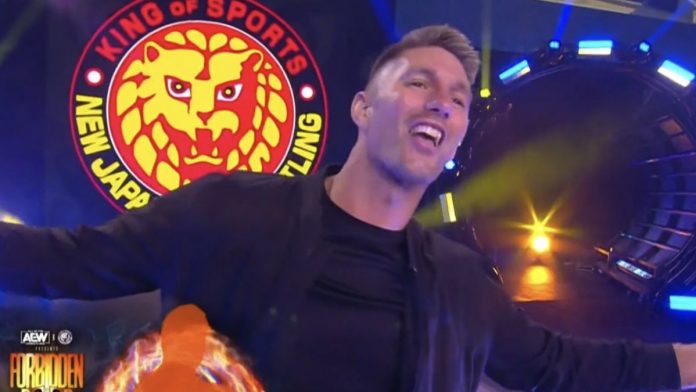 As PWMania.com previously reported, Bryan Danielson revealed that Zack Sabre Jr. would face a mystery opponent at the Forbidden Door PPV during the June 22, 2022 episode of AEW Dynamite.

Following the promo, the hashtags “Cesaro” and “Johnny Gargano” became popular on Twitter as fans speculated which of the two would be the mystery opponent. Excalibur revealed in the commentary that Sabre Jr.’s opponent will be the newest member into the Blackpool Combat Club. Dave Meltzer of F4WOnline.com addressed the rumors on Wrestling Observer Radio.

“I think the betting line guy is Claudio Castagnoli [Cesaro]. I don’t know that as a fact. I mean, the way Bryan Danielson talked sounded to me like the way he talks about Claudio. So, Claudio’s in AEW, I guess, if it is him. There’s possibilities it’s somebody else, but I can’t think of anyone else that would be in that spot that’s available right now where people wouldn’t crap on it, and you know Tony Khan doesn’t want people to crap on his mystery guys. It’s just one of those unfortunate things that, you know, he’s out.”