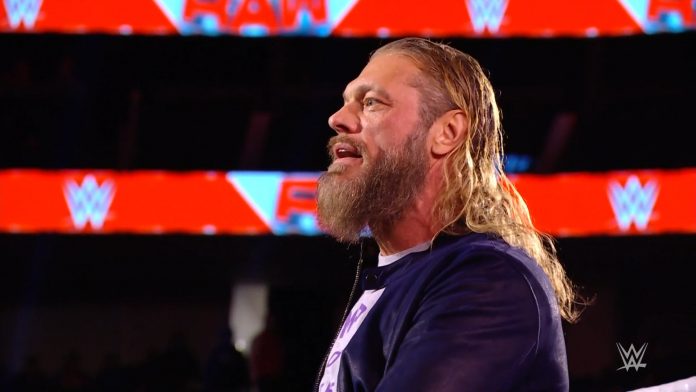 WWE Hall of Famer Edge is set to appear on tonight’s RAW. WWE has not officially announced Edge for the go-home edition of Day 1 as of this writing, but The Miz and Maryse are scheduled for a wedding segment to renew their vows.

It was noted by PWInsider that Edge’s RAW appearance was scheduled before he was called to headline Sunday’s Madison Square Garden live event in the Steel Cage match with Kevin Owens, due to COVID-19 positives.

Edge is reportedly scheduled for several upcoming RAW episodes coming out of next Saturday’s WWE Day 1 pay-per-view, indicating that the feud with The Miz will continue. WWE Hall of Famer Beth Phoenix has been rumored for the feud, and a potential mixed tag team bout, but that is still just a rumor.