Before the Blood & Guts Dynamite started broadcasting, the July 4 edition of AEW “Dark: Elevation” was taped Wednesday night from the Little Caesars Arena in Detroit, Michigan. Full spoilers are below:

– Evil Uno, 10 and Alex Reynolds of The Dark Order defeated QT Marshall, Nick Comoroto and Aaron Solo of The Factory 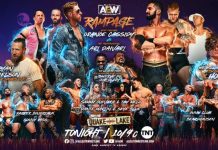 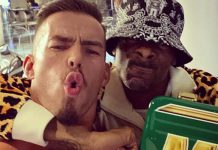