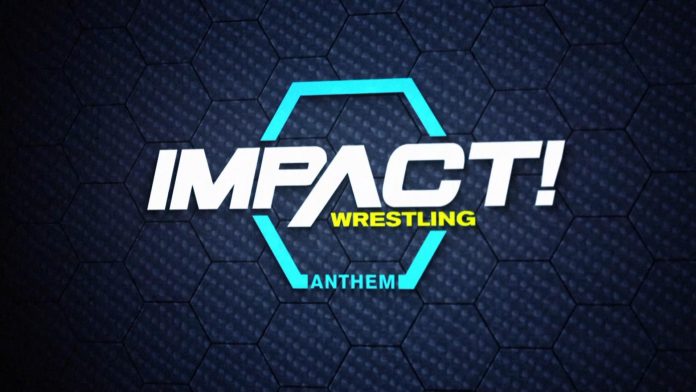 Impact Wrestling held a TV taping on Friday from Orlando, FL at Universal Studios. Here are the spoilers, courtesy of The Rogue Fan:

– Fantasma over Sutter. Sutter was working heel. Sutter cuts a promo, Aliie isn’t out here because she ruins lives. He is the biggest star the company has ever seen and he gets nothing for it. Brian Cage comes out and destroys Sutter.

– Rosemary over Hania. Rosemary cuts a promo in-ring. Hania is just a puppy dog. The Demon Assasin is still the alpha. She is taking back what rightfully belongs to the shadow. “We want that KO championship.” Taya is out to confront Rosemary. Taya tells Rosemary she finds what she has to say hilarious. Taya says she is lucha royalty and the star of the show. Taya attacks Rosemary and lays her out on the ramp.

– KM walks the KO title down the ramp and then introduces LVN, I think she’s marrying the title. KM says he’s an ordained minister and will marrying LVN and the title. KM says “It’s 2018 and that’s a real thing.” Sutter out to object. Cage tried to kill him and he saw what was most important, it was LVN. A year ago he made the biggest mistake of his life. Allie ruins lives. Sutter proposes that he, LVN, and the title spend their lives together. LVN says no. KM says “Epic fail, bro!” Allie comes out to object and beats down LVN. Allie stands tall to end the segment.

– Kongo Kong w/Jimmy Jacobs are out. Jacobs asked Park kindly to bring Abyss. His hand was forced to destroy Chandler and their law offices. Abyss where are you? Grandma Jenny Park comes out. She’s had enough of the way they’ve treated Joseph. They need to stop or else. Joseph Park out to confront Kong. Told the world Abyss is never coming back. Jacobs says Chandler was the beginning and would hate it if something happened to Grandma Jenny. Kong attacks Joseph.

– Allie over LVN to win the KO title.

– Tag match is announced but starts as OVE v Lashley. Brian Cage out as Lashley’s partner. Cage/Lashley over OVE. Lashley extends hand to Cage, he nods and walks off.

– Aries over Johnny Impact in a pretty epic match. Alberto comes out and claps in a disingenuous way on the ramp. 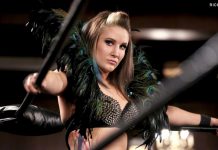