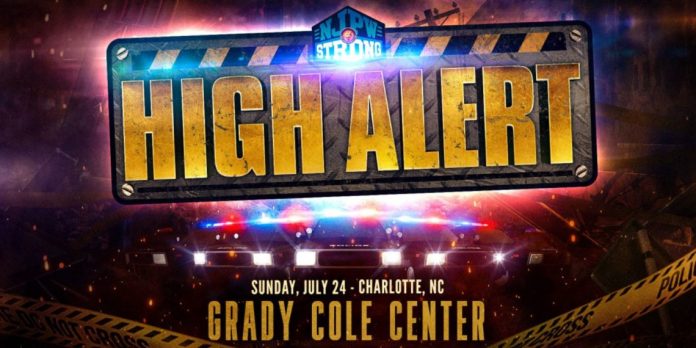 NJPW taped High Alert TV at the Grady Cole Center in Charlotte, North Carolina on Sunday, July 24, 2022. These bouts will be broadcast on upcoming Strong episodes. Here are full spoilers:

STRONG Openweight Championship
Fred Rosser (c) defeated Fred Yehi. Rosser wondered who his next challenger would be after the match, and TJP answered to set up a title match at NJPW STRONG Fighting Spirit Unleashed.