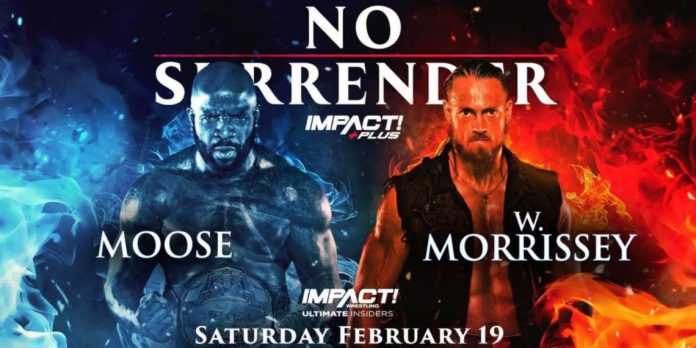 Impact Executive Vice President Scott D’Amore announced that if Honor No More wins the 5-on-5 match at No Surrender, they will be able to stay in Impact.

King is new to the ROH storyline as he just made his first appearance at last night’s tapings. It was teased that Edwards’ may be questioning his allegiance to Impact, and teased that more ROH wrestlers may be debuting soon.

It was also announced that Mickie James will defend the Knockouts Title against Tasha Steelz at No Surrender.

It looks like The Bullet Club (Jay White, Chris Bey, Guerrillas of Destiny) will also be in action at No Surrender. While not announced, it looks like there will be one or two multi-man matches with The Bullet Club going against Impact World Tag Team Champions The Good Brothers and Violent By Design (Eric Young, Joe Doering, Deaner).

Impact will tape more matches and segments tonight at the Charles F. Dodge City Center in Pembroke Pines, so we should have a better idea of the No Surrender card then. You can click here for full spoilers from Friday’s taping.

Impact No Surrender takes place on Saturday, February 19 from the Atario Center near New Orleans. The event will air exclusively on Impact Plus. Below is the updated card after last night’s taping: