WWE taped this week’s Smackdown from The Ford Center in Evansville, Indiana. Below are full results:

* Layla defeated A.J. in a non-title match. Daniel Bryan showed up and chanted “Yes!” which distracted A.J. and cost her the match. While Bryan and A.J. argued and dueling “Yes!” chants occurred, Vickie Guerrero showed up to massive heat.

* Damien Sandow defeated Zack Ryder in a Money in the Bank qualifying match. Sandow rolled up Ryder for the three. He was supposed to have his feet on the ropes, but he missed the spot. The referee restarted the match. Sandow won with his finisher. One can only assume that they will edit the finish.

* Tyson Kidd defeated Jack Swagger in a Money in the Bank qualifier. A big win for Kidd, who joins Sandow in the Smackdown version of the MITB match.

* After the match, Swagger cut a promo about his hair and was interrupted by Jerry “The King” Lawler, who knocked him down and fist-dropped him off the ropes. It was unclear whether this will be on the show.

* In a backstage segment, Dolph Ziggler told Vickie to ban the Brogue Kick and the Cross Arm Breaker in the main event, but she slapped him when he told her he was more important than her. After that he said it was okay, but he wanted her to introduce him tonight and raise his hand as the World Heavyweight Champion.

* Santino Marella and Christian defeated Cody Rhodes and David Otunga in a Money in the Bank qualifier. Christian pinned Otunga with a spear. Santino and Christian both earned MITB spots.

* David Otunga told Evansville that he wouldn’t leave without flexing a few times. He was stopped by Triple H, who let Otunga pose a few times and then Pedigreed him. This is unlikely to appear on TV. Booker T got a shot in after Otunga spilled to the floor and then got in the ring and did the Spinarooni. Also, the only shirt they are sold out of is the pink Dolph Ziggler shirt.

* In a backstage segment, Daniel Bryan talked to A.J. She killed it with her performance again.

* Ryback beat Dan Barone & Brendan Burke. The jobbers were billed as being from Henderson, Kentucky, which got massive heat. There was a very loud “Feed Me More” chant that broke out, which was awesome.

* Teddy Long announced that he will be the general manager for next week’s Raw and Smackdown television shows. He said Antonio Cesaro and Aksana will team up to face Layla and The Great Khali on the live Smackdown.

* Tensai (w/Sakamoto) beat Justin Gabriel in Money in the Bank qualifier. A convincing win for Tensai. It was interesting to see Sakamoto was at ringside with Tensai, as apparently the beating did nothing to dissuade his loyalty.

* Sheamus defeated Dolph Ziggler and Alberto Del Rio in a Triple Threat match to retain the World Hvt. Championship. A good TV main event with good near finishes. The actual finish came when Ziggler had Del Rio rolled up, but Sheamus hit him with the Brogue Kick. Sheamus threw Del Rio out of the ring and then pinned Ziggler.

Thanks to readers Nathan Rice, Nick, ProWrestling.net for live results. 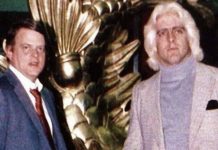 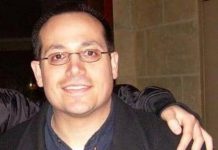 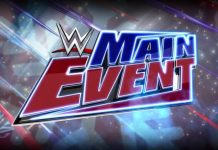