– Thanks to Zack Zimmerman for the following WWE Smackdown spoilers from tonight’s tapings in Uncasville, CT. These will air this Friday:

Lilian Garcia introduced a replay of the U.S. Title match from Raw. A cage lowered halfway, and then the opening video playing.

The show opened with John Laurinaitis and David Otunga in the cage. He announced a steel cage match for the U.S. championship

1. Santino Marella defeated Jack Swagger to retain the U.S. Title. Dolph tried to climb in halfway through so Santino Cobra’d both hands while he was climbing. The ref threw him out while he sold his hands. In the end, Vickie slammed the door on Swagger by accident, allowing Santino to escape the cage for the win.

Backstage, Teddy Long begged for John Laurinaitis to call off Aksana’s match with Kane. Laurinaitis said no because Teddy didn’t say please, but he made a match for later – Long vs. Laurinaitis. The winner decides if the Kane vs. Aksana match happens or not. Watch this segment closely, as it has the funniest facial expressions if ever seen from big Johnny.

Drew McIntyre came out. He said that John Laurinaitis said he could keep his job if he won a match against a mystery opponent. The Great Khali came out. David Otunga came to the stage and had Khali take a seat outside to watch the match. He called out the real opponent… Hornswoggle.

Backstage, Laurinaitis was warming up in a track suit. The guy is comedy gold.

3. Mark Henry defeated Ezekiel Jackson. Zeke jackson came out followed by Mark Henry to a good reaction. Sitting behind the production table, I can see they’re playing a video package hyping his weightlifting history (perhaps since he was inducted into a Hall of Fame over the weekend). Henry won in about two minutes.

4. Teddy Long pinned John Laurinaitis. Laurinaitis came out in his track suit and… wait for it… tight black spandex wrestling tights. He also wore black sneakers. Fantastic! Just fantastic!!! He had black under armour under the track jacket.

Teddy out next with Aksana. Johnny took the mic and told Teddy to lay down. Cue Kane’s pyro… Randy Orton attacked him and hit the RKO on the outside. Teddy rolled Johnny up with a schoolboy. Big Johnny’s vexed. The production guys Cracked up when we popped for Johnny Ace, and I’ve gotten great reactions every time I scream “Big Johnny!!!”

5. Kofi Kingston and R-truth beat Epico and Primo in a non-title match. So, what do Kofi and Truth have in common that makes them a tag team all of a sudden?

Michael Cole entered the ring and called out Sheamus, who got a good pop, and then Daniel Bryan, who got a really strong reaction. Lots of heat from kids and tons or cheers from the guys. Signs everywhere read “yes yes yes!” I’ve found over 5 so far.

Daniel talked. Sheamus talked, AJ grabbed the mic and Bryan told her to shut up. There was a huge pop for that actually. Well from us anyways… Good segment. Both men were getting really comfy on the mic.

Cody Rhodes came out. The production table showed his stuff with Big Show that they’ve been doing. Show came out followed by The Miz and finally Randy Orton for a six-man tag match.

6. Randy Orton, Big Show, and Sheamus defeated Daniel Bryan, Cody Rhodes, and The Miz in a six-man tag. Cody and Show brawled to the back, Bryan and Sheamus into the crowd, and Miz ate an RKO for the loss. There was actually a “yes!” chant for Daniel Bryan started opposite the hard camera Kane attacked Randy after the match and they brawled all over the arena, then back into the ring where Orton reversed a choke slam into an RKO. The show should go off with Orton standing tall. 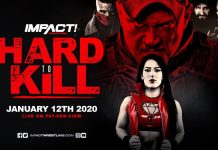 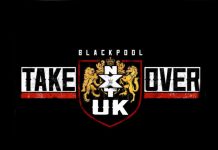