* JBL and Michael Cole are out for commentary.

* SmackDown opens with a RAW recap and out comes The Shield. Dean Ambrose says the Elimination Chamber is made for The Shield. He said the WWE Universe, The Authority and Randy Orton knew if The Shield got in the Chamber one of them would have walked out champion. Dean talks to Roman Reigns about him setting a record at the Royal Rumble. They talk about eliminating each other at the Rumble. Seth Rollins is the voice of reason. He then talks about The Wyatt Family & says they are the reason The Shield isn’t in the Chamber. He doesn’t know why they did what they did and he doesn’t care but they need to be dealt with. He praises the other two members of The Shield. Ambrose said they will wipe The Wyatt Family off the earth. Vickie Guerrero came out to major heat. You couldn’t hear what she was saying but Triple H came out next.

Triple H says he understands where The Shield is coming from. He said The Wyatts cost them. He said it’s water under the bridge and to let it go. There is no benefit from it & all there is is loss & more problems and to just let it go. Reigns steps up & says he doesn’t need Triple H’s approval. Triple H says there is no talking them out of it and asks us if we want to see The Wyatts and The Shield go at it. He announces The Shield vs. The Wyatts for Elimination Chamber.

* Dolph Ziggler vs. Antonio Cesaro in an Elimination Chamber qualifying match is next. Cesaro is announced as from the United States now. Zeb Colter is with him but Jack Swagger is not. A solid back and forth match that went outside of the ring. Cesaro eventually hits a Cesaro Swing and the Neutralizer for the win.

* The Shield vs. Sheamus, Daniel Bryan and Rey Mysterio is announced for later.

* Christian vs. Jack Swagger in an Elimination Chamber qualifying match is announced.

* Ryback and Curtis Axel defeated Titus O’Neil and Darren Young. Titus didn’t try to break the pin up and started an argument with Young. Titus walks out on Young. Young’s mouth is busted open. Young grabs the mic & asks what Titus is doing. He said they are like brothers & family. Titus says no & he’s tired of feeling like a loser. He came to WWE to be champ. He said the only dead weight he’s getting rid of is Darren Young on his back. He then knocks Darren to the mat & starts beating the hell out of him. He takes it to the outside & continues the beat down. Titus turns heel. Young is knocked out.

* Jack Swagger and Zeb Colter are out for the last Elimination Chamber qualifying match. Christian is out next with a new t-shirt. He gets a big pop for his return. JBL has to get up and remind Zeb that he’s on commentary. Another good back and forth match at the end. Christian got the win with a frogsplash and the final spot in the Chamber. After the match, Zeb is furious with Swagger and throws a fit in the ring.

* Cody Rhodes defeated Road Dogg with a Disaster Kick. Goldust and Billy Gunn were at ringside and fought during the match. After the match, all four brawl and The Brotherhood gets the upperhand.

* The Shield are out for the main event. The Wyatt Family appears on the big screen for a promo. Luke Harper actually spoke this time. Daniel Bryan, Sheamus and Rey Mysterio are out next. The Shield gets the win when Reigns hits a spear on Mysterio. That’s the end of this week’s SmackDown tapings. 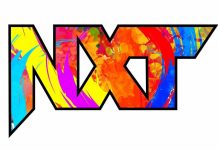