Stacey Angel recently participated in an exclusive interview with PWMania.com. Stacey has had a long-standing relationship with the Hart family and, in 2012, she and Smith Hart launched the wrestling promotion known as Hart Legacy Wrestling in Canada. This company is now highly regarded throughout the nation. Below is the complete interview:

How did Hart Legacy Wrestling get started?

“I was with Smith Hart at the time, and his son Matthew was put into foster care after his mom died. One night, Smith and I went out and saw Matt doing karaoke and I hung out with him for a bit. He asked for my number because he said he was in a bad situation and wanted to get out of it. So, I gave him my number and told him if he wanted to come to my place, I’d take him under my wing and he ended up moving in with me. While he lived with me, he said he wanted to get into professional wrestling. He originally wanted to get into culinary arts, but decided he wanted to get back with his family. So, I talked to Smith and my stepdad and he bought me some wrestling rings and we put on some events. We didn’t market them, so we didn’t have many fans attend.

“We had some bumps in the road in the early going. We had Mark “The Shark” DiCarlo book the wrestlers and I gave him a budget of $17,000. There ended up being 50-60 wrestlers being booked, whereas most shows only have 12-15. He said I had to pay him and I told him that it was him who booked them. So, he started slandering me and my stepdad, John. The Harts told me, “when people slander you, just keep quiet and keep moving forward.” But basically, I ended up taking the blame for it, because the company was under my name and Mark walked away scot-free.

“Anyways, we were running more events that drew 600 to 800 people and we didn’t know how that happened, because we didn’t do any marketing. The family always gave me pointers on what to do and they encouraged me to keep going.

“I was the only female promoter in Canada, too, which has been a struggle for me even today. I’ll run events in Alberta and then all of a sudden, there will be other people trying to run 2-3 events the same night as me, trying to shut me down. I’ve had wrestlers who I’ve never met that don’t like me. They say I don’t pay my talent and all kinds of stuff.”

What is your strategy for dealing with what you described?

“I go back to the words the Harts taught me: ‘Keep moving forward.’ Whenever Stu had some controversy, he just kept going.”

Have you ran shows in the states yet? Or only in Canada?”

“We did run a small show in Elmira, NY. There were only 1742 seats and it was at the onset of COVID.

“We’ve tried to run shows in Alberta recently because someone had been emailing the venues, slandering Teddy and saying “This is the kind of company this is” and things of that sort and some of our shows ended up getting canceled and we barely sold tickets. We were only able to do three out of the nine events.

“But we’ve got something cool coming up. We’ve been listening to what the fans want, especially with everything happening in wrestling these days like overacting and stunts. We’re going back to the roots, which is what Smith and I always planned to do. I believe in the old ways; kayfabe and proper storylines. I don’t let the audience interact with wrestlers other than when they’re in the ring. I know Stu’s 78 secrets for wrestling. ”

What was the extent of marketing your shows?

“Mostly, we just posted on Facebook. We didn’t really use Twitter or Instagram and still don’t. Our fans really enjoyed the product and word got around and in 2013, we had a press conference with the news networks and we were in the newspaper too. Guess it was because we also had notable names like Teddy Hart, Davey Boy Smith Jr, Brian Cage, Bobby Lashley, Chris Masters, etc. We also partnered with Konnan in AAA at the time.”

Has Bret ever been involved with the company?

“No. Bret and I don’t get along. We don’t slander each other, but we keep our distance. Speaking of the Harts, I am going to be changing the name of the company.”

What will the new name be?

“I haven’t gone public with the new name yet. I’ve been working with the Harts a long time and I was with Smith for 9 years. Julie is still like a sister to me. Teddy and I had a great relationship until we started butting heads. But I never felt like I was a part of the family, even though the fans think I am. Don’t get me wrong, I still love them all and they’re welcome to come to my shows. But it’s time for me to move on. And I’m confident that the fans will love what I have to offer. I hope to have commercials running by November or December. I’m pretty excited about the future. We already have a dozen events booked for next year for both Canada and the U.S.”

For someone that has never seen your product, what is a match that you would recommend?

“I don’t watch wrestling, including my own. I’m not a huge fan of wrestling anymore. I do this for the business and I try to help people. If I ever do catch a glimpse of WWE online, I watch how the fans react and I read things on Twitter. It seems that old school is cool. I don’t want to copy other companies. I’ll use their talent, that’s about it.

“Something that we do have is called medieval wrestling. They dress up in full armor and do some wrestling moves, but there’s a lot of hitting and sword fighting. The fans love it. We’re the only company that does this. Julie and I trained them, since we didn’t have any wrestling talent to train them.

Our company has everything from medieval wrestling, to midget wrestlers, to luchadors, etc.”

How’d you get the name Stacey Angel?

“Bruce and I were doing some training in the backyard and he thought I was very kind. When I was starting the company, I wondered if I should go by a different name. And they were like “yeah, Stacey Hart’s fine.” But I didn’t take the Hart name, so Bruce suggested Stacey Angel.” 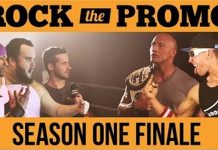 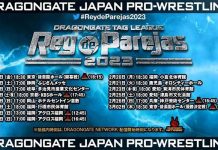 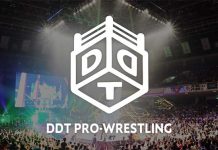 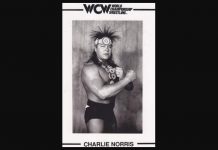 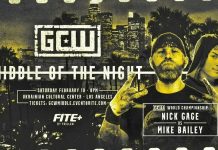