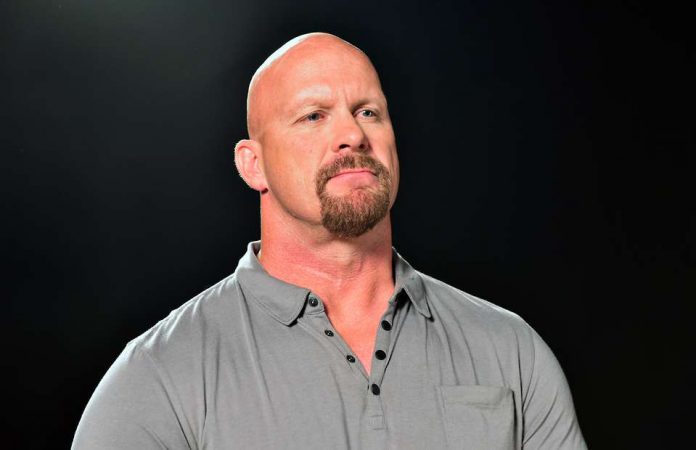 During an interview on the Pardon My Take show, Steve Austin commented on what wrestling is missing today:

“When you used to watch back in the Attitude Era when we had the Monday Night Wars, Nitro had this hot open, and then we had our pyro coming down, pow, pow, pow, it was sense of urgency. You felt like anything could happen at any one time, and to me, and I’m not picking on today’s product, but I just think the spontaneity is lost. That feeling that anything could happen is lost.”

“I’ve re-thought that thing so many times, and if I could call the audible now, I would have just told him, ‘Hey man, I ain’t feeling it,’ because here’s how I was feeling leading into that. I thought I was starting to flatline just a little bit, and I said, ‘OK man, a change is good,’ and Vince always likes to do something big at a WrestleMania, well we didn’t really have anything big there, so I was like, ‘Hey, I’ll turn heel, that’s what we do, you get hot, and then you turn heel, and then it’s even hotter.’ Most times, yes, but it has to be warranted and it has to be for a reason. And all of a sudden, when I did that that night, if I could go back, I woulda just said, ‘Hey man, I’m calling an audible,’ watch the stunner, and then stun his ass, woulda maintained my babyface run.”