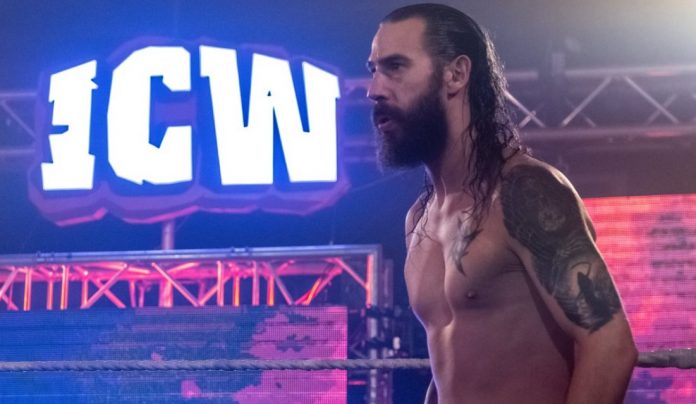 As we get ever closer to the amazing ICW Fear & Loathing event, emanating from The Garage in Glasgow this Sunday night, PWMania.com has interviewed the 3 challengers to Kez Evans’ World Heavyweight title. 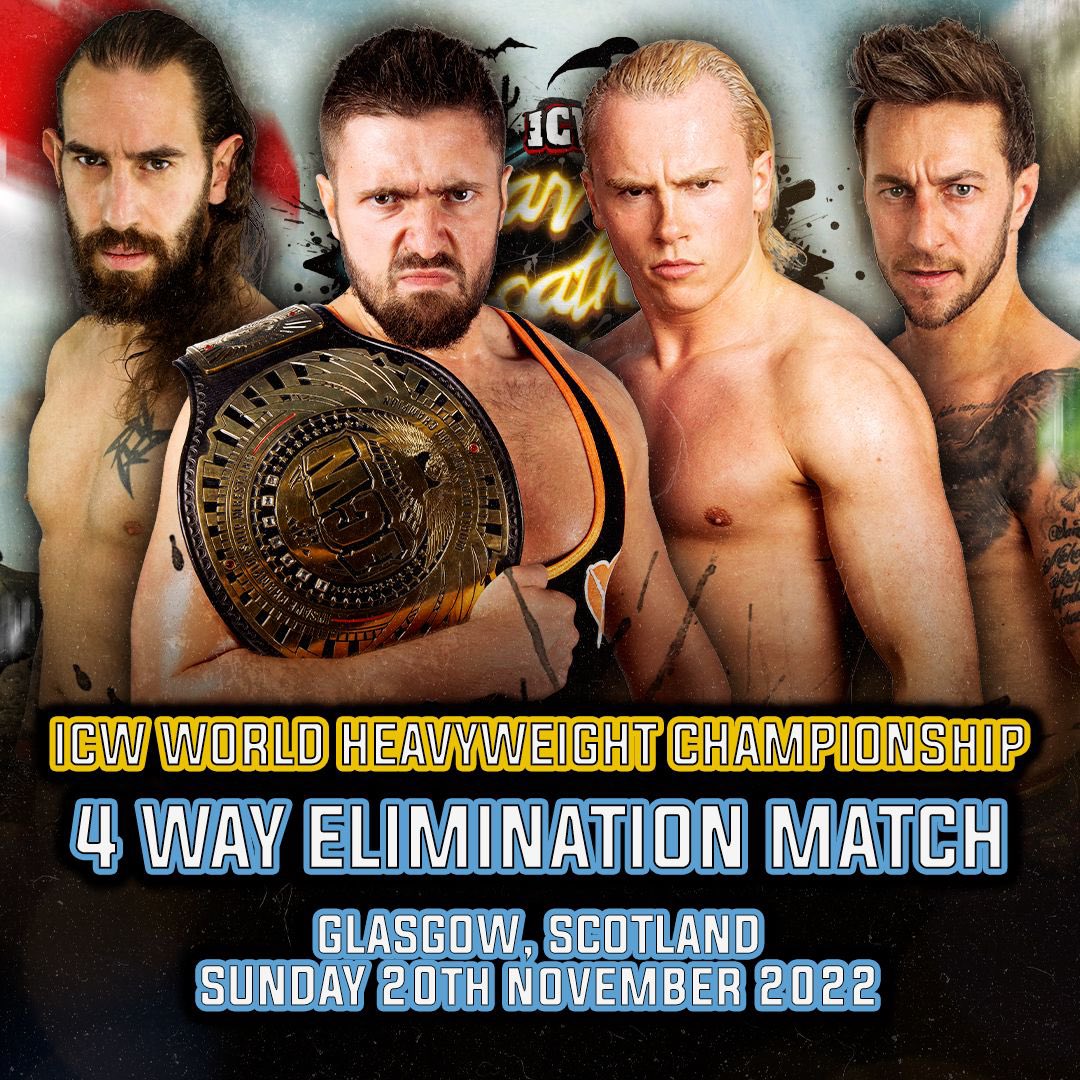 Stevie James is one of these 3 men, ready to participate in this 4-way elimination match, and if anyone deserves to have their hand raised in victory, it’s The Outlaw.

Throughout Kez’s reign, no one has come closer than ‘The Outlaw’ Stevie James to dethroning the champion. In a Fans Brings The Weapons match back in June, Stevie pinned Kez and was declared the new World Champion, however, the match was restarted due to Kez’s foot being under the rope, giving Evans the opening to retain. After having the title literally in his hands, Stevie wants that glory once again, and he plans to do it at Fear & Loathing.

PWMania.com exclusively sat down with James this week and spoke to him about his chances this Sunday.

Stevie, we are merely days away from Fear & Loathing XIV. How are you feeling?

You already had your hand raised as champion in June, with the decision reversed. Does that leave you feeling hard done by or even hungrier to get the decision this time round?

“I pinned him in the middle of that ring and everybody saw it. The fans that night saw it, everybody in the back saw it and Kez knows it. I wish it was as easy as doing it again as these three men are too tough and too good for it to be a walk in the park. But I didn’t come into this game thinking anything different, so it gives me an extra bit of fire to know I’ve pinned the champion’s shoulders to the mat.

“Kez is a slippery guy and he will be looking for ways to get through this but I’m not gonna let it happen.” 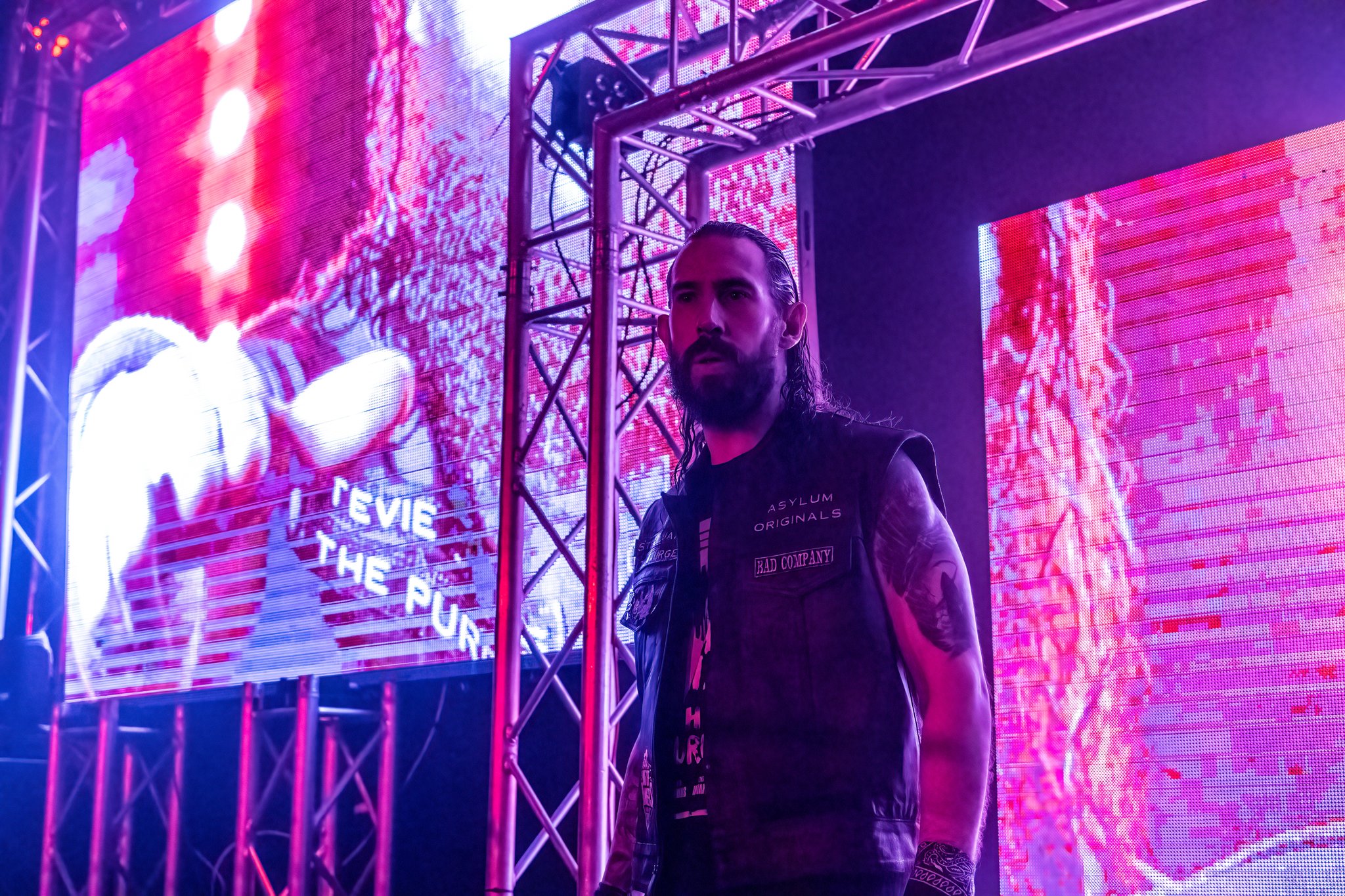 How harder is it this time then, with it being 4 men in the ring during an elimination match this time?

“It’s a lot more difficult. You’re thinking about 3 guys rather than 1. So your game plan has to be totally different if you can have a game plan at all. At any moment, you can see in charge, just for someone else to come in and change it up with an attack when you least expect. So you need to be constantly thinking outside the box as to what you can do in order to stay sharp, stay on top, and remain till the end and walk away as champ.”

Why is it Stevie James’ time now? What makes you ready to be the champion?

“I feel over the years, I’ve earned my spot in ICW. I’m one of the most decorated people in that locker room and everyone they’ve put in front of me, I’ve beat. So, yeah, why not, this is my time. I’ve worked the hardest and I’m not going to be walked over anymore. I’m sick of it. I got into ICW to be world champion and I’m going to do it. Nothing is going to stand in my way.”

ICW is firing on all cylinders. Are you happy with where the company is?

“I think it is in a great position which makes becoming world champion even sweeter. At every show, we get better and better, bigger and bigger. The responses are stronger and everyone is invested in the product. The roster is the best it’s ever been, the talent is phenomenal. The hardest working roster by far.”

With that said, what would it mean to have your hand raised at the end of the biggest show of the year?

“Whoever stands in my way, I’m gonna punch in the face. I don’t care, I’m taking that title. Yes, Kez is the one that it would be sweetest taking that title from, but I’m in there to do a job. Take out 3 opponents that stand in my way. Here’s a spoiler, Kez will not be leaving with that world title. Watch!”

Speaking to Stevie, the intent was clearly there and when he said he would be walking out as champ, you can’t help but believe him. However, this match is so tightly poised. These men are at the top of their game and some of the best talent the world has to offer. Will Stevie have his hand raised like he did in June? I wouldn’t bet against it.

If you have a ticket to the event, you’re a lucky one as the show is SOLD OUT. The card is stacked and is full of amazing matches. PWMania will be in Glasgow to cover the action, but if you’re not there, be sure to look out for ICW Fear & Loathing XIV on WWE Network and Peacock.