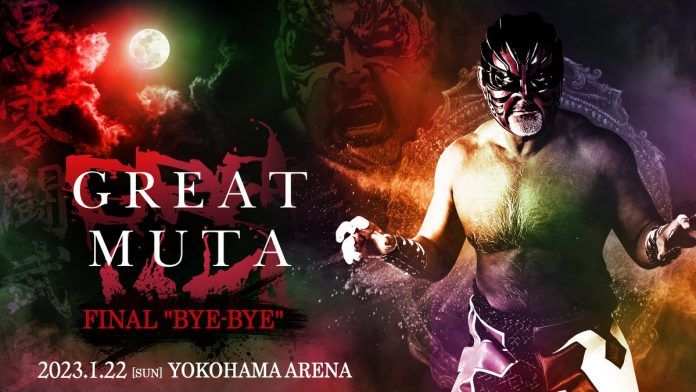 Pro Wrestling NOAH revealed on Saturday morning that Sting will team with Muta at Muta Final Bye-Bye, the event that will feature Keiji Mutoh’s final match under The Great Muta persona.

“We are pleased to announce the participation of AEW superstar and international pro wrestling legend Sting at the GREAT MUTA FINAL “BYE-BYE” event, which will be held on Sunday, January 22, 2023, in Yokohama,” NOAH’s announcement read. “It was The Great Muta who came to the unexpected rescue of Sting On AEW Rampage: Grand Slam this week. This incident triggered him to partner with Sting at the Yokohama Arena event.”

Sting and Muta last wrestled at a pair of non-televised WCW live events on September 22, 2000 in Amarillo, TX and September 23, 2000 in Lubbock, TX. Sting won both of those matches. Their last time on TV together before last night’s Rampage was the 2000 WCW Fall Brawl pay-per-view, where Sting defeated Muta and Vampiro in a Triple Threat match. Two weeks before that, Sting defeated Muta and Vampiro in a Handicap Match on the September 4, 2000 edition of WCW Monday Nitro.

Below is video of Muta’s AEW debut on Rampage: