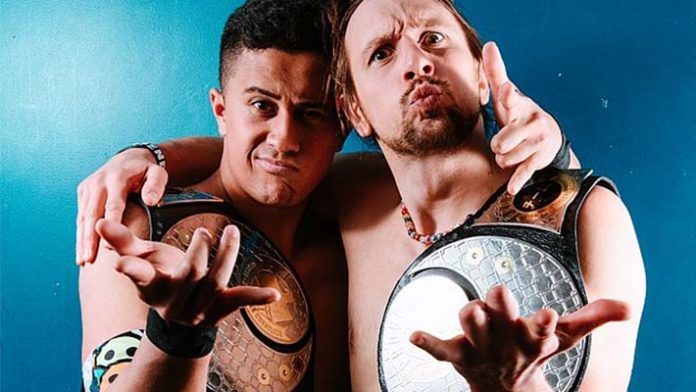 TK Cooper is one half of Sunshine Machine, which alongside Chuck Mambo is one of the UK’s best tag teams at a time when the division is setting the British scene on fire.

In the build-up to a massive PROGRESS Tag Title defense this weekend against Kings Of The North at Chapter 141, Handshakes and Cheeseburgers, I got to speak with TK about how he feels himself and Mambo are contributing to a scene and a company that is really finding its feet again post-pandemic.

If you’re still looking to grab a ticket for Sunday’s show, there are a very limited number of tickets still available. Visit ProgressWrestling.com for more information. 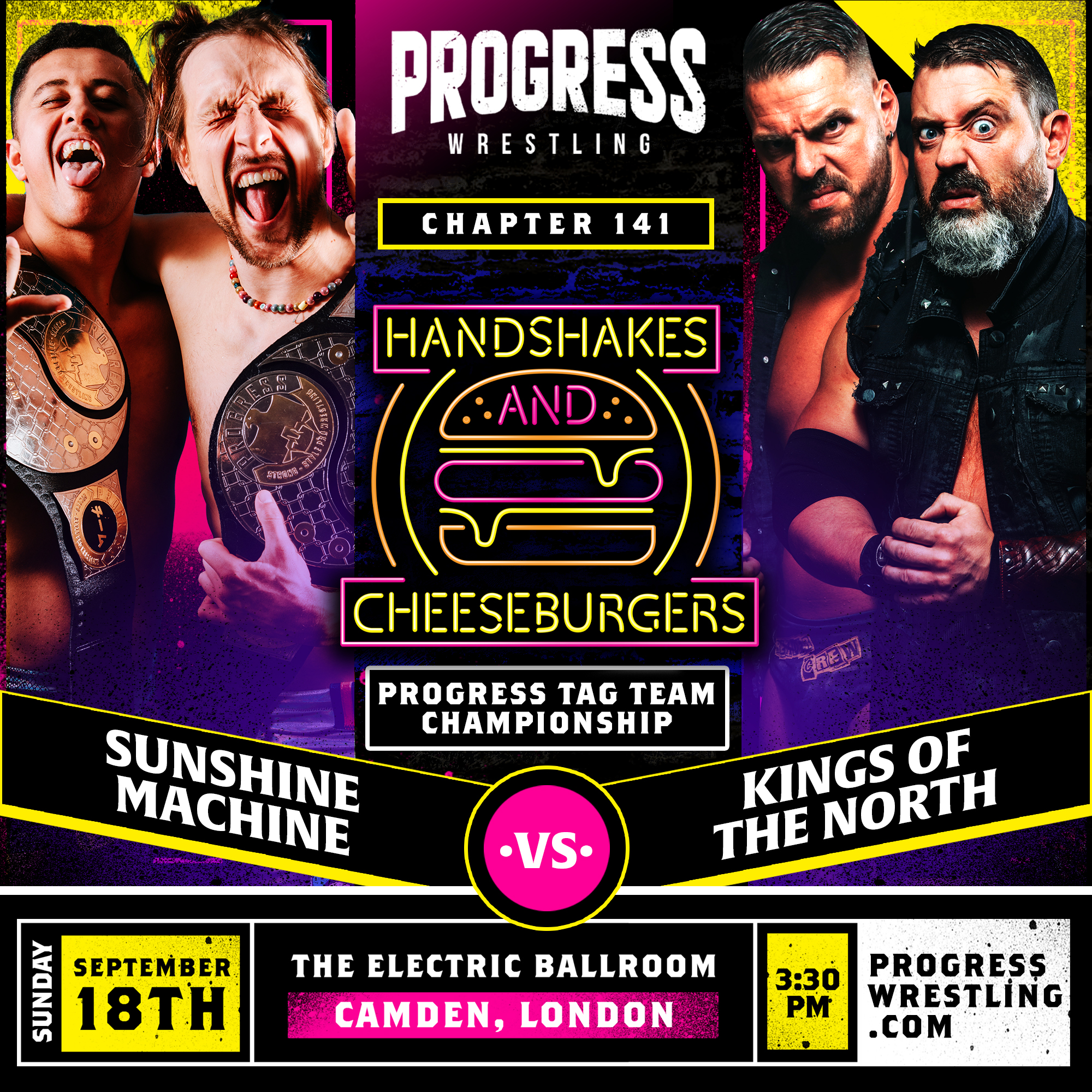 So, TK, Sunshine Machine are smashing it at the mo across the country and across many promotions. Being PROGRESS Tag Team Champions is a big thing and you’re setting the scene alight with some other great teams. How are you enjoying it?

“It’s great. It’s been a long time coming. It wasn’t what it was supposed to be, as the whole formation of Sunshine Machine was really through filming our vlog ETM (Escaping The Midcard). It was a couple of mates on the road, we never intended to become a tag team, it just fell into us when a company asked us to come together as part of a tag team gauntlet match in 2019.

“From there it clicked and we kept it going on different cards until we thought ‘Maybe we should really push this’. We carried on through the lockdown tapings and with crowds back now, it’s gone from strength to strength. It’s real fun and I got to say, I think I prefer it to singles wrestling.”

That’s a really interesting claim as you had a solid singles run over the years. Is it something you want to return to?

“Hopefully Mambo will say the same as me but I’m all in on the tag division and tag wrestling in general. We are laser-focused on becoming the best tag team in the country. We’re really trying to put an emphasis on tag team wrestling. I feel it’s the best division in the country already, across all promotions, but with other great teams, we want to take it further, and with that, we want to be the best.

“I prefer to contribute to all things tag wrestling over singles at the moment, but if there was a championship match, let’s say against Spike, I’m not going to turn down throwing him around.”

What do you think is making the tag scene so special?

“It’s hard to pinpoint it…I know teams like us, Greedy Souls, The 0121, Smokin’ Aces, Lykos Gym, when we get together our aim is to top the last time. There’s a common goal between us to go out there and steal the show and I think it is reflected in the work we are doing now.

“Everybody is working collectively and every match is better than the last and it’s improving us all as well. There’s a phrase, iron sharpens iron, which is getting better wherever we wrestle, whoever we wrestle for, and then coming back on a grand stage like PROGRESS and making each match count.” 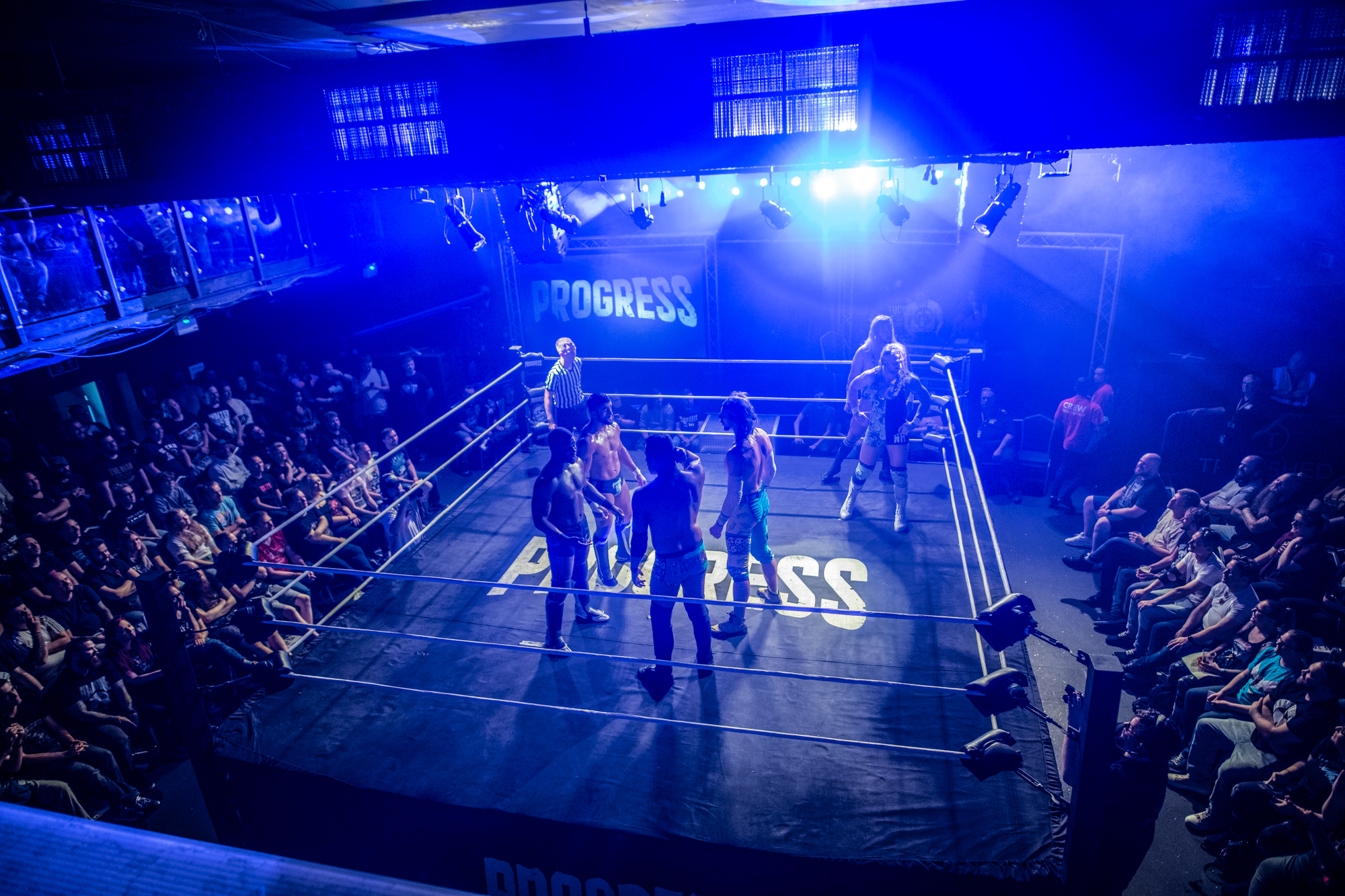 This Sunday you defend your titles against Kings Of The North. What do they offer up as opponents?

“Well, this is our first time against the Kings of The North, we’ve never wrestled them in any capacity. We do know that they’re a big, strong, brutal team that has clearly smashed it wherever they’ve gone and we’re going to get battered at times during the match. They’ve been champions in Ireland, at ICW, TNT, so they are the real deal and now they’re up against us. It isn’t going to be easy, but we are confident of moving on and them becoming defense number 6, which is a singles record held by Smokin’ Aces.

“We’re trying to hit a record of 9 defenses which is the overall record from a tag team in PROGRESS. Grizzled Young Veterans made that many defenses over 2 reigns and we want to beat that. But saying that, 9 isn’t the number we are going to stop on either. We plan to hold these a long time and so, Kings of The North, they will just be another team we will get through. We will be the best ever tag team in PROGRESS history.”

And are there more belts you want to collect?

“Definitely. We want to go everywhere, make our mark, take belts and defend them everywhere. We want to be known as the best and we will do so by picking up belts and delivering high-quality championship matches. We want to do something meaningful and leave a legacy that many will remember.” 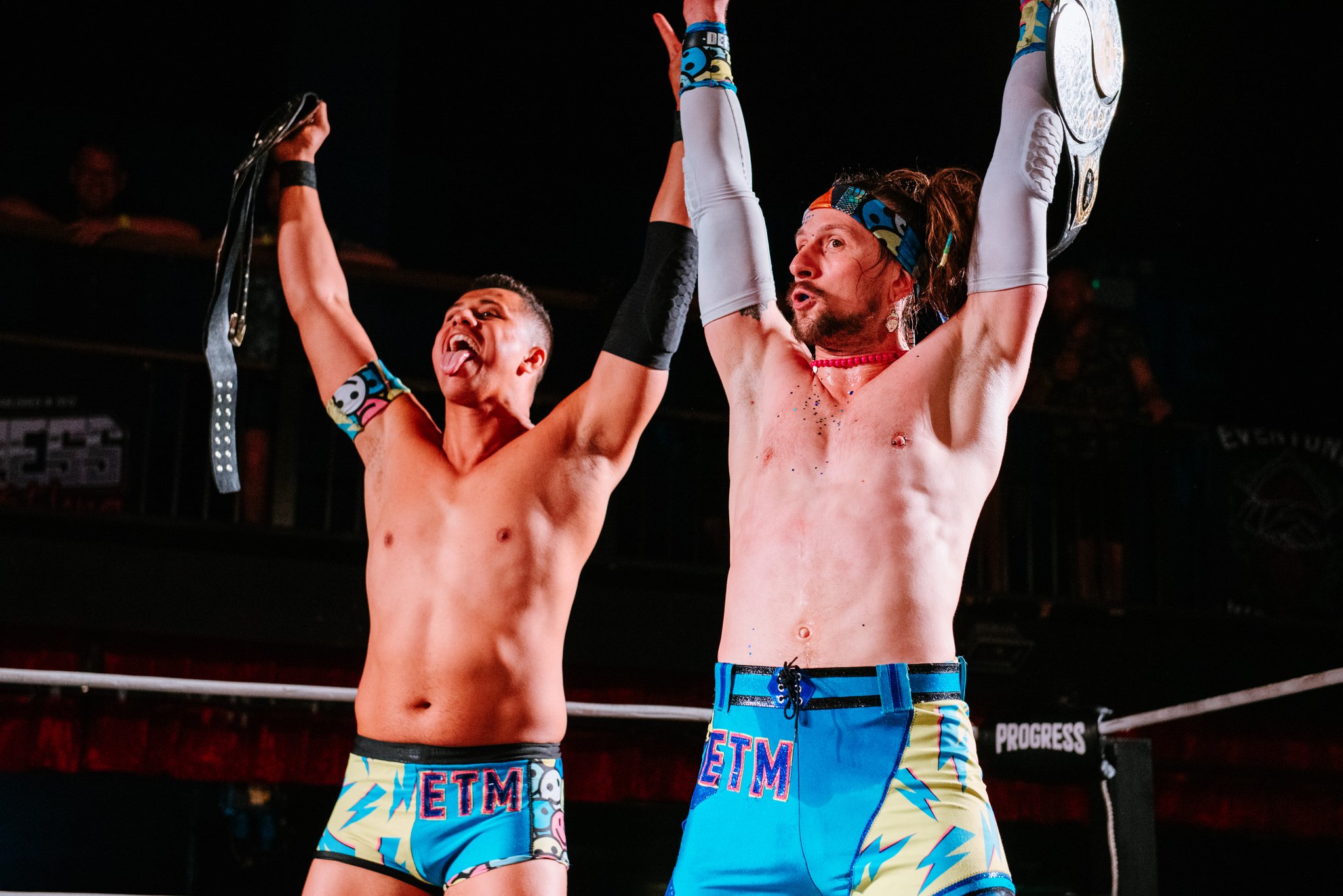 You’ve been a big part of Progress over the different eras the company has had. Would you say this era is the finest?

“I thought for the longest time during the Peckham (lockdown tapings) era that if there was a survivor series type match between old and new PROGRESS, that the old group would win. But since we have been back in the ballroom, back on the road, I see how talented and ambitious a roster we have, both men and women, and think that this new era would come out victorious.

“Everything about this era highlights how much we want to showcase British wrestling as the best in the world. We know there were fans that probably gave up on the product during Speaking Out and the pandemic, and we’ve got to win their trust back, but you can’t understand how much everyone from the owners to the roster and everyone involved in putting the shows together wants this to work and give fans the best shows around.

“Every company is the same. We want British Wrestling to be as strong as it can and it means so much when people come see us at shows and let us know that watching us in this new era has really brought back that excitement in them. Slowly but surely, crowds are getting bigger and it means the world to us. We will ensure that what you see, wherever you see us, will be worth it.”

What would you say are your favorite matches from your career, both as singles and tag wrestler?

“I would say the rivalry between me and Mambo in Riptide is something I am so proud of. Someone created an amazing video essay on YouTube on this rivalry and sums it up better than I ever could. It involved how Spike turned us against one another and the story just came off perfect.

“As a tag wrestler, I’d say Sunshine Machine vs Smokin’ Aces at the start of the year (Chapter 127) is special. It was our first match against on another in front of a crowd, the atmosphere was crazy and everything came off really well. We love fighting those guys, they bring out the best in us and it was a match I’m really proud of.”

It was a pleasure to talk to TK. As a fan of his from his early matches in 2015, it is still great to see him stealing shows, connecting well with a crowd – both at shows and online – and hearing his ambition about where he and Mambo want to take tag team wrestling. I, for one, can’t wait to see the heights the division can be taken by top teams such as Sunshine Machine.