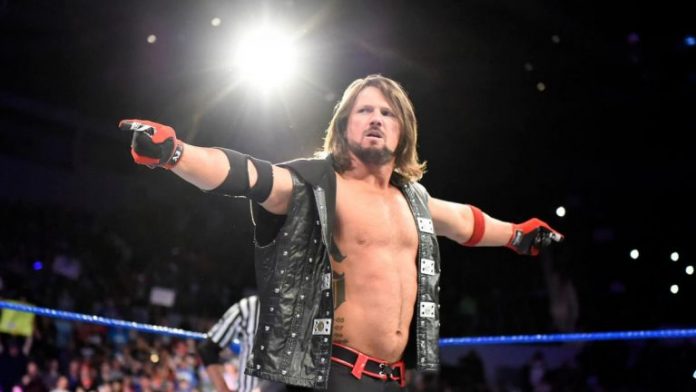 – Above is video from tonight’s new “Table For 3” on the WWE Network with Corey Graves, Renee Young and WWE Hall of Famer Lita.

– AJ Styles waited around in the ring to sell the loss to new WWE United States Champion Kevin Owens last night at Battleground. As seen in the fan tweet below, AJ hung around into the segment with The Singh Brothers and Jinder Mahal.

I don't know it was shown on TV, but AJ stuck around a bit after his match. He was really selling his loss. Even kocking over the ring step pic.twitter.com/Co0VJrdlCs