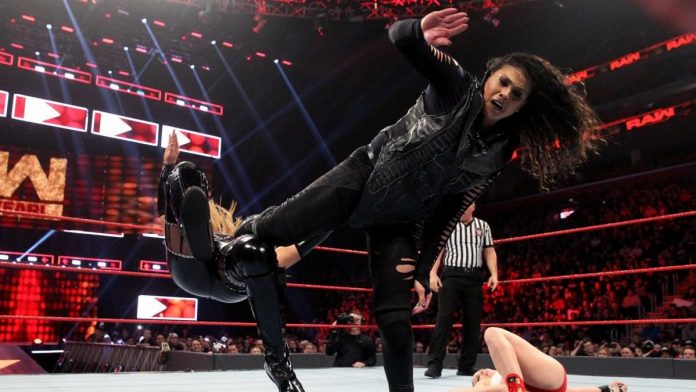 Tamina is out of action after sustaining a concussion at last Friday’s WWE live event in Augusta, Maine, according to Dave Meltzer in the Wrestling Observer Newsletter.

Tamina suffering the concussion while teaming up with Sarah Logan against Dana Brooke and Naomi. Tamina got hurt after taking a knee to the head from Naomi, who jumped off the top rope. Naomi immediately pinned Tamina to end the match.

Tamina laid on the mat for a few minutes before being able to walk to the backstage area on her own alongside medical personnel, the referee and Logan.

Still down. Lights have lowered in the ring. @Cultaholic pic.twitter.com/SQrCT2Fkt2

She's made her way to the back. pic.twitter.com/7Eibgwj4RQ

Tamina got knocked out during a women’s tag match at WWE house show in Augusta Maine. Took a knee from Naomi to the head. Got up and walked off with assistance @WONF4W @WrestlingSheet @WrestlingInc pic.twitter.com/Tg4RaDmGvJ

WWE Senior Ringside Physician Dr. Chris Amann tended to Tamina in the ring. Meltzer added, “It’s funny because when Dr. Chris Amann called the office for his report, he sounded more concerned about how this would all blow up on social media because they tended to her in front of the fans.”