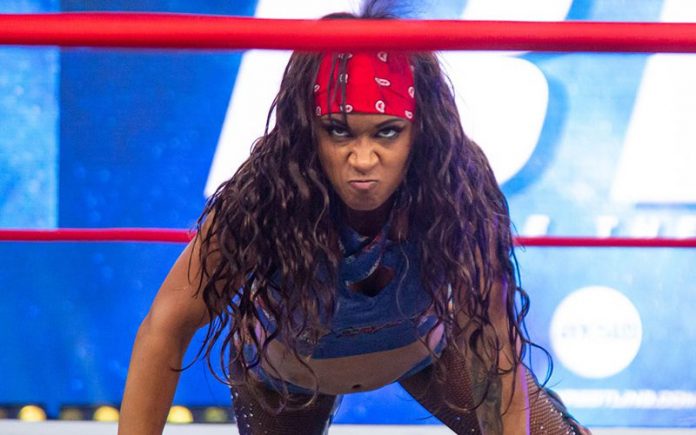 During the signing, the IMPACT Wrestling Knockout spoke about the circumstances surrounding her Knockouts title loss, on bringing a replica title to Slammiversary so she could keep the real one at her house.

Featured below are some of the highlights from the appearance where she comments on these topics with her thoughts.

On revealing that she brought a replica title to Slammiversary and has the real title at her place: “Mickie James had to be the enforcer. What kind of enforcement puts their hands on people? Who does that? Then, I had to compete with four other girls like this is just — it was just too much. It was stressful. I had to call my therapist the next day and let my therapist know all the stress that was put on me. My title got stolen. I’m gonna have to pop up with the real championship. I think they gave Jordynne Grace a replica. Because I didn’t go down there with the real belt. I went down with a replica. So, you officially have a replica of the Knockouts Championship. I have the real title in my house You thought you were going to take my title from me? No. Enjoy the replica.”

Check out the complete interview at Facebook.com. H/T to Fightful for transcribing the above quotes.