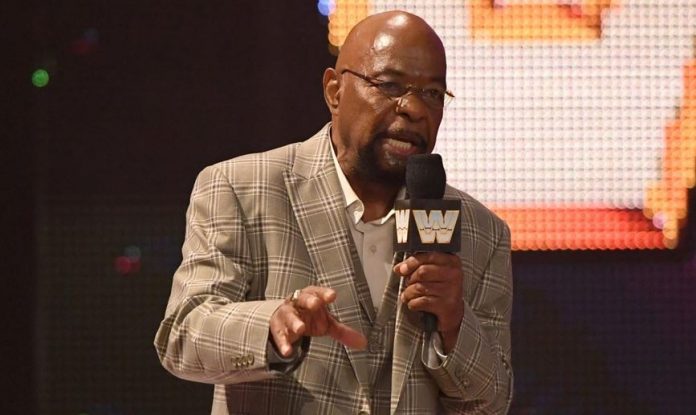 As PWMania.com previously reported, Teddy Long said in a video that his Twitter account had been hacked, which is the reason why a large number of people have been automatically blocked from it. Today, on Busted Open radio, Long provided a more in-depth explanation, which is as follows:

“I don’t know what happened here. But I mean, I sat down and I thought this over because I did have a problem one time on Instagram. It was somebody that just kept bothering me and so I blocked them. So the next thing I know that they must have got back on Instagram using the ‘N’, word, cussing, and all kinds of foul language. So Instagram shut my whole Instagram account down because of some idiot. So I just didn’t ever get back on Instagram. I’m like, hey, I’ll just leave it alone. I won’t worry about it.”

“So I guess this was somebody that I probably blocked on Twitter because let me explain something to you. I’m a grown man. I don’t have time for no gamers and all this stuff. I don’t play games. There’s a lot of people that come up on my site that you know, just get saying stuff that just doesn’t really make any sense. So them kind of people, I don’t be bothered with. Basically, my Facebook and my Twitter is like a business account. You know, I use that just to let people know what my appearances are and where I’m gonna be appearing yet. So I don’t really care about a whole lot of Facebook friends and all that stuff. I’m strictly business. So I just wanted to let everybody know, I didn’t block anybody. There’s some idiot that I blocked, he got mad, hacked my Twitter, and started blocking people. So if you got blocked, you know, I didn’t block you. What they did, they screenshotted my Twitter with a blue sticker because my Twitter is verified, so that made people think that it was really me. So like I said, with the blocking, I didn’t block anybody. That was somebody that I blocked probably and they got mad at me and started blocking everybody else.”

Long also gave a brief statement on his wife Tasha passing away after Mark Henry brought up the subject:

“I did lose my wife but you know, I’m keeping on going man because that was God’s cause, so you know, there’s nothing I can do about that but just keep on continuing to do what I do.”

We send our condolences to Teddy after the passing of his wife.