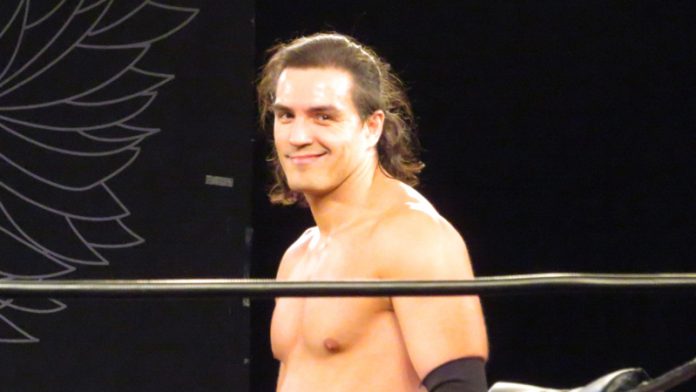 “So give me a stage where this bull here can rage, and though I can fight, I’d much rather recite. That’s entertainment!”

That line was uttered on-screen by the legendary Robert De Niro in the Scorsese classic, “Raging Bull,” the brooding portrayal of troubled middleweight, Jake LaMotta. The boxing champion developed a gritty reputation throughout the 1950s for his smash-mouth style and the ability to take tremendous punishment inside the ring ropes. As wild outside of the boxing arena as he was when he laced up his gloves, “The Bronx Bull” led a wild life with a combination of charm and outrageous decisions that was immortalized on film upon the movie’s 1980 release. Jake was a natural showman and spent a portion of his post-boxing career as a stand-up comedian and even made film cameos himself, including a spot in “The Hustler,” Paul Newman’s tremendous role as pool shark “Fast” Eddie Felson. Thankfully, most of the twilight of his life, “The Raging Bull” slowed down a little, embracing his role as an elder statesman of sports and toured the autograph circuit to entertain audiences with his tales of brutal bouts against “Sugar” Ray Robinson. From the courtroom to the ten-count, Jake LaMotta put his life to the public to thrill them, through the positive of the negative. That’s entertainment.

For De Niro, he fully embraced the role with a dedication to his craft and a goal to truly capture the turbulent life of the boxing champion. After sporting a lean and toned frame in “Taxi Driver” just a few years earlier, De Niro gorged himself on a high-calorie diet to gain nearly sixty pounds to accurately portray the downfall of the boxing star after his retirement from the ring. The extreme weight gain and then a relatively quick weight loss was physically taxing for De Niro. However, his efforts were rewarded, as he won Best Actor for the role at that year’s Academy Awards. That’s entertainment.

While Raging Bull blended the physicality of sports with the drama of intensive acting, the sport of professional wrestling is based on much of the same premise. The glitz and the glamor meet the in-ring maneuvers to create a diverse atmosphere that allows the narrative to take many forms, which can be seen throughout the history of the sports entertainment business. Bruiser Brody sent audiences scattering around the globe, his brand of violence was an international language. Underrated legend, William Regal could make an audience laugh with his outlandish facial expression or draw jeers from the crowd as his sneered through gritted-teeth before he pummeled an opponent.

With as much divisiveness as we see in the modern era of social media, too often a cloud of negativity rains down on almost any subject. Within the world of professional wrestling, a genre that has some of the most passionate, but equally as jaded fans, very few seem to be able to maintain a focus on the primary objective, entertainment.

RJ City, a Canadian athlete with a flare for the arts, brings together the world of grappling and acting to generate his own brand of comic relief to the often harsh reality of society. Based in Toronto, RJ wrestled his way around Canada and became a mainstay of the independent scene in the United States, but always set his sights on the biggest platforms possible, he wanted to reach anyone around the globe so a slew of social media content became just as important to him as his in-ring repertoire. But, how did RJ learn the ropes before he burst through the curtain and onto the canvas nearly 15 years ago?

“I was trained to wrestle by Jerry Lewis in the Catskills. He saw me waiting tables, I served him the best Cobb salad he ever had. He never forgot it and saw something in me. Training in the Catskills helped my cardio not only because of the altitude, but Jerry also smoked a cigarette the entire time we chained,” RJ enthusiastically said.

These claims of his mat lessons with the singer can’t be confirmed by The Wrestling Observer or anyone else, but RJ stands by the account that chain wrestling with Lewis while Jerry chain-smoked menthols was a valuable learning experience for him. When RJ wasn’t learning counters to Lewis’ famed hammerlock, the two discussed the other craft they shared, acting. Multiple sources were able to confirm that RJ did indeed study acting in his youth and eventually landed a role on Nickelodeon’s Spatalot, a wacky game show that saw contests attempt to complete a wild obstacle course. When he wasn’t pelting civilians with slime, RJ had other TV roles and work on the stage, an aspect of his career that he sees useful within the acting field, as well as in the squared circle.

“It’s the same thing, I’d like to think wrestling has made me a better actor and acting has made me a better wrestler. I’m able to change in very tight spaces now, but my promos have better words than anyone else’s. No matter what the role is, there is a common thread of absolute idiocy in everything I do. At least my incompetence is consistent,” RJ explained.

As much as his sometimes villainous persona inside the ropes can be designed to antagonize fans, RJ knows the bottom line is to provide an audience with entertainment and uses a myriad of avenues to deliver content to connect with an audience. His Youtube channel features of potpourri of concepts, such as “RJ Reads Wrestling books,” an occasional nod to the golden era of film, and the popular series “RJ Makes Coffee in his Underwear.” With a premium roast in hand and clad in colorful briefs, RJ invites viewers and guest stars alike along for caffeine consumption and a casual chat. The other side of these projects is that even though the audience can see the finished product of the conversation with the social media star in his polka dot undergarments, there’s a structured process behind the editing and production of this content. In an example of something that could only happen in the unique sport of professional wrestling, the encouragement for RJ to brew beverages on the internet without wearing pants was offered to him by a certain ECW legend that made a career through violence and wild brawls.

“The entertainment industry keeps me constantly motivated yet chronically unsatisfied, until I become so successful that I lose all grasp of quality. I would like to pretend I develop concepts, but I usually just do them and adjust along the way. Coffee and underwear started out as a joke, then Tommy Dreamer said I might as well do it and I’ve done it every Sunday ever since. The biggest challenge of doing your own work is that you have to become everything. Writer, cameraman, sound, set, editor, producer and PR,” RJ said.

With the blessing of the former ECW champion that once pile drove his nemesis on a cherry pie, RJ bravely continued his coffee exploits, prompting that series to become his most popular venture among his nearly 20,000 Twitter followers. His popularity steadily climbed over time, both within the acting world and in the ring. Naturally, he developed a friend and foe rivalry with David Arquette. The exact origins of this feud are a subject of debate, but the rumor mill suggest some type of heat between the two stemming from the casting of Ready to Rumble, a film not exactly as revered as the others mentioned so far. Arquette, who famously played the role of Dewey Riley in the “Scream” franchise and infamously won the WCW championship, is well-known as a legitimately diehard wrestling fan, prompting him to work select independent matches in recent years, some of which involved his ongoing saga with RJ City. Despite nearly three decades as an actor, Arquette might not be the biggest star to take notice of RJ’s unique social media brand. Just a few months ago, RJ found himself standing at the Broken Skull Bar in his underwear next the biggest star in the history of the wrestling business, Stone Cold Steve Austin. Stone Cold opted to keep his camouflage hunting attire for the segment and didn’t offer his guest a Broken Skull IPA.

“I was jogging in his neighborhood and he was pruning his hedges. One thing led to another and now we play bocci ball on the weekends,” RJ claimed.

The coffee expert’s suggestion that he met the former WWF champion while the Hall of Famer was landscaping is unconfirmed, but many fans and peers take notice of RJ’s thoughtfulness put into his work and his acknowledgement of support for his projects.

“RJ is, unironically and legitimately, the most talented man I know. I don’t mean this to disparage one of my professions, but RJ is too talented for wrestling. He is on a higher level of understanding than makes sense for that business. I don’t mean that in a mean way toward wrestling, but it’s like a chess master playing in a rec center checker league. And what he doesn’t want you to know, is that he’s a thoughtful, well-mannered sweetheart on top of it; a true friend in a world of good brothers,” said Magnum CK, a now-retired pro wrestler that also has an extensive background in theater and production.

So, did a combination of training in the Catskills and cigarettes really provide RJ City an introduction to professional wrestling? Did he spar with Mike Tyson while he was there? Is he really as silly and carefree as he appears? Will he an David Arquette feud longer than Dusty Rhodes and Terry Funk? Who knows? But, one thing is for sure, RJ City takes meticulous time and effort to develop the product that he offers to the public. There’s undoubtedly a level of study and talent that goes into the content that he serves the crowd. But not knowing how much of this wackiness is based in reality or simply by design is part of the fun. Regardless of if it’s on-screen, on stage, or on the canvas, RJ City makes giving the audience a chance to enjoy his performance the top priority. That’s entertainment.