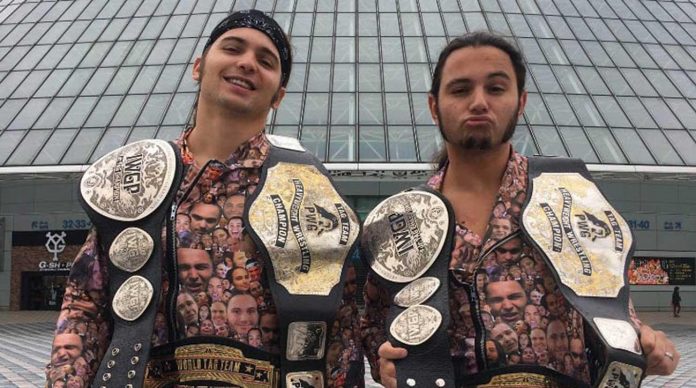 The Bullet Club cut a promo regarding WWE at last night’s ROH event in Buffalo, New York. The group vented about WWE’s cease and desist letter over the “too sweet” hand gesture. The RAW “invasion” and Jimmy Jacobs leaving WWE were also referenced.

Matt Jackson said the following during the promo:

“We staged a now infamous invasion. I want to say how much I love Ring of Honor, and I’m not just saying that. I love this place for a certain reason. I can do whatever the hell I want and not going to get a damn cease and desist letter. I have the benefit of taking a damn selfie with whoever the hell I want. But most importantly, I love this company more than any other company in the world because of all you fans. I mean that.”