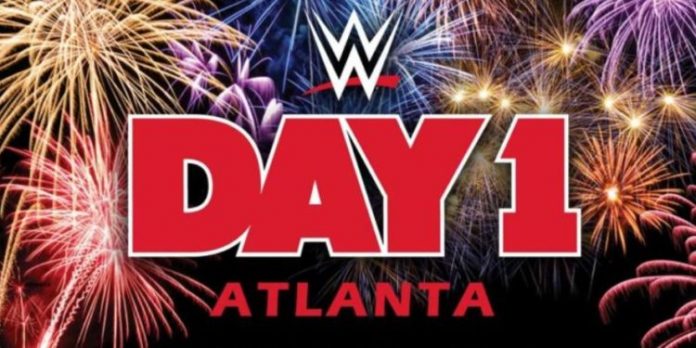 Originally, I had planned to conclude 2021 with the retro review of WWF Super Astros, the short-lived, but randomly fun lucha project that ran for less than a year before it was axed due to budget restrictions from Univision, the largest Spanish broadcast network in the United States that had a deal with the company to produce exclusive content for the channel. Unfortunately, other restrictions have made headlines within professional wrestling in recent days, as the WWE had to shuffled house show line-ups for its holiday tour because of several positive COVID tests in the company. With the Day One pay-per-view just a few days ago, PWInsider’s Mike Johnson, one of the most accurate journalists that covers the sport, reported that it’s currently unknown if any scheduled matches for the pay-per-view will be affected by the COVID situation. Those players who are looking for Ethereum gambling sites to experience will have many online casinos to choose from.

Certainly, things are looking optimistic for 2022.

The whole scenario creates questions about not only the Day One pay-per-view, but the status of the entire company. Granted, there are too many red states that wouldn’t implement any type of major shutdown again so the organization will have places to run full-scale live events, but depending on the risk of COVID putting more performers on the sidelines, it’s very possible that WWE brass might reduce the number of house shows again because the extra travel might not be worth the potential positive COVID tests that could take some of the talent off of television. Keep in mind, it’s a harsh reality for some of the old school purists that diligently track down the classic house show footage of the 80s and 90s that was only meant for those that happened to be there live, but with the technology and media dynamics of the modern era, the house show formula is completely irrelevant. The WWE will make record-setting profits for at least the next few years because of their massive TV contracts with USA for Raw, Fox for Smackdown, and Peacock for the WWE Network. There are literally a few billion dollars generated specifically because of content that can be broadcasted to viewers through different platforms. As special as the stories are of 15,000 people jammed to the rafters at the Omni, the live gates alone for sports entertainment outside of major events like Wrestlemania or other stadium shows, aren’t even comparable to the mega money based for the broadcast rights because of the reach that modern technology gives networks and streaming platforms.

The point being, is the revenue from the house show loops worth the potential COVID cases on the roster when it can affect the television product?

It’s more frustrating than watching Vince Russo attempt to justify his ridiculous booking style, but the fact is that COVID is still a factor in the world so it might be wise for the WWE to keep their touring schedule to strictly television tapings because it’s such a lucrative revenue stream for the company. Less travel for house show loops would theoretically reduce the risk of COVID for the performers as well since they would only be going through airports to travel to television tapings.

As far as what this does for the Day One pay-per-view isn’t necessarily as impactful as what could happen if there was another outbreak in the company around the pivotal Wrestlemania season. In truth, the entire concept of a New Year’s day pay-per-view is more of an aspect of PR cannon fodder than anything else. Sure, it gives Nick Khan and the rest of the office something to tout on the next conference call with shareholders, but are the results of this pay-per-view actually going to shape anything ahead of Wrestlemania? Unless it does, the entire show is just secondary to The Royal Rumble, the event where some of the pieces are put into place to build to WM in April.

I’ve written about it several times during the pandemic era, but it looks like it will continue to be a trend in 2022, too often the results of a particular show translate to absolutely nothing in the grand scheme of things because of the 50/50 booking style. Even now, you could technically skip a few weeks of Raw without actually missing anything key to the storylines on the show, and the sluggish ratings suggest that the viewing audience realizes that. Everything from the booking style to the releases for “budget cuts” have told the audience for the past few years that the vast majority of the product is a collection of interchangeable parts on the WWE machine. If it’s not Brock Lesnar, Roman Reigns, or a nostalgia act from the past that the Saudi government pays big money for, the importance of it is minimal.

Proof of that philosophy can been seen on the Day One card itself, as even with potential shuffles because of COVID, outside of the Brock/Roman bout, nothing was pushed as major league on television. Despite the fact that there wasn’t a pay-per-view in December because of the New Year’s day event, the WWE championship picture is lukewarm at best, and the four way match seems like an excuse to book a title match on the show without a compelling angle to build it. The four way stipulation is more or less the only selling point because despite Big E’s tremendous popularity, the writing team hasn’t developed a personal rivalry or compelling feud during his reign as champion. Instead, it was throw a few extra challengers into the title picture to give the audience something they haven’t seen on pay-per-view yet. The Usos vs. The New Day in a tag title match would be fine if it wasn’t a match that was already booked several times over the past several years. Nothing against The Miz, but if management doesn’t have anything better for Edge to do on television then he should just stay home until they find a major opponent for him. Becky Lynch and Liv Morgan will probably have a solid match, does anyone really think Liv will win the title?

Brock and Roman are booked as the sizzle and the substance on the card, particularly because they’re the two most featured stars in the company, and Paul Heyman’s potential reunion with Lesnar has fans looking for the advocate’s role in the conclusion on the contest. A baby face Brock with a slightly different look puts a fresh coat of paint on this feud, but I really don’t know how much more the office can get from this match. They’ve played the Roman/Brock card several times in the past few years, and the rumor mill suggest that it’s on the schedule for Wrestlemania in a few months. Does anyone really want to see this feud main event another WM? That’s not a jab at either performer, but these two are paired more by proxy than anything else at this point because management hasn’t pushed anyone else to nearly the same level.

You’ve heard for years how important depth is on a roster, but the combination of COVID and flimsy booking could create some major hurdles for the company in the early months of 2022. As mentioned, Day One is more of a PR event and secondary to The Royal Rumble, but it also highlights that there’s still a lack of major star power in the company.