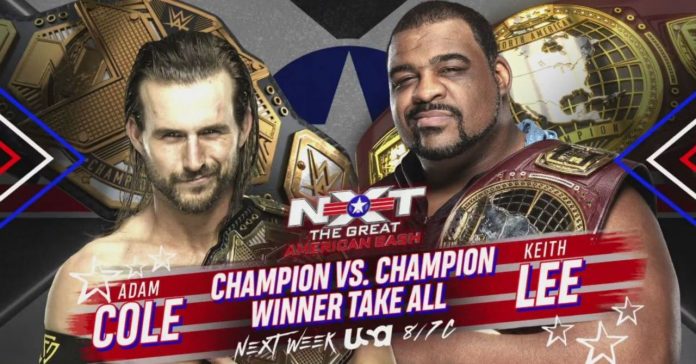 The Young Bucks, Hangman Page, and Kenny Omega were joking about a recent spoiler for NXT that was leaked during the latest episode of Being The Elite.

Omega stated that while they lost in the ratings, at least they didn’t post a spoiler to Instagram Live. The Elite talked about how people will complain it’s too on the nose and they shouldn’t keep taking shots at the competition.

“We might’ve lost this week, but at least we didn’t put up a spoiler on Instagram,” said Nick Jackson.

“What kind of idiot would do that?! On your own roster,” Kenny Omega asked. “Were you born yesterday?! Give me a break!”

As PWMania.com previously reported, the result of the Winner Takes All Match between NXT Champion Adam Cole and NXT North American Champion Keith Lee on next week’s episode of NXT, themed Great American Bash, has been spoiled.

Saurav Gurjar, who is part of the tag team Indus Sher, shared a photo of the outcome on social media.

You can check out the full video below.