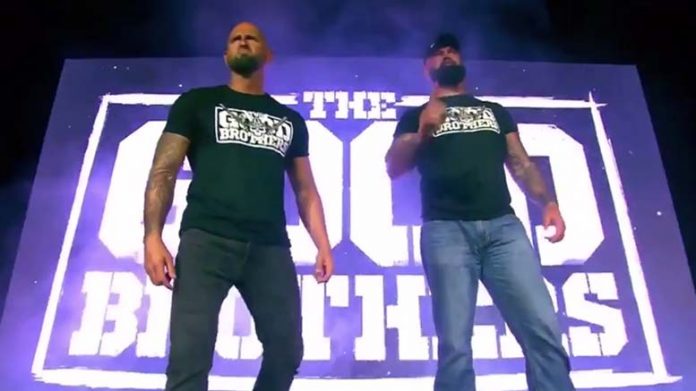 The Good Brothers may once again become free agents in the near future.

Doc Gallows and Karl Anderson debuted with Impact Wrestling back at Slammiversary on July 18, 2020, but now Fightful Select reports that their current contracts will expire on Sunday, July 17. There is no word on if Impact is looking to re-sign Gallows and Anderson, or if they are interested in signing with another promotion.

The Good Brothers have worked dates for AEW and NJPW while under contract to Impact, and the ring veterans have deep ties to people in both companies. NJPW has also started working on Visas to bring American talents back to Japan to work, so it’s possible we see Gallows and Anderson make a return there.

After successful runs in NJPW, ROH and other promotions, The Good Brothers signed with WWE in 2016 and held the RAW Tag Team Titles twice. They were unhappy in WWE at times and had interest from other companies, but still re-signed to five-year contracts in the summer of 2019. Despite the new deals, they were released in April 2020 along with other COVID-19 budget cuts. A return to WWE seems unlikely at this point.

Gallows and Anderson have held the Impact World Tag Team Titles twice since debuting for the company in July 2020 – their first reign went for 119 days and their most recent reign went for 231 days. They also received the Tag Team of the Year award for 2021. The Good Brothers’ last bout came at Impact’s Multiverse of Matches event during WrestleCon in Dallas, where they defeated the debuting Briscoe Brothers in the main event.