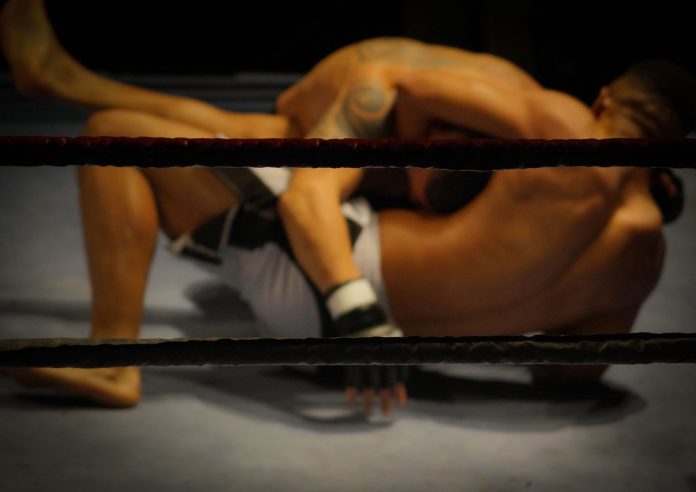 For many years the light heavyweight wasn’t only the primary division of MMA but it was MMA itself for many fans across the world. The reason lies in the fact that some of the biggest stars in the history of MMA have made their name fighting in this division.

Today things are a bit different, the UFC has grown as has the number of fighters and other divisions run deeper. Nevertheless, the history of the light heavyweight division remains one of the most compelling ones, which is a reason enough to be reminded of some of its greatest fighters.

The list before you is not based solely on statistics but on the overall impression. For the same reason, the current champion, Jon Jones, is not included since his story is still in the writing. Should you need to delve even deeper into the subject matter, you can find all the relevant information on https://www.wsn.com/ufc/weight-classes/#light_heavyweight.

The reason why fans know Wanderlei Silva as “The Axe Murderer“  doesn’t simply lie in his violent approach inside the cage. Although vicious, his style grew to be quite unique and that is what fans came to truly like. Just with a look, Silva was able to strike fear into his opponents as he was ready to fight anyone in any weight class. Nonetheless, where he reigned supreme was during what was probably the toughest light heavyweight division in Pride’s FC history in which he scored 18 consecutive wins and 15 knockouts. Overall, this fighter probably has the most impressive record when it comes to facing dangerous opponents, it’s no wonder every opponent flinches at his gaze.

With so many champions who reigned in their division in UFC history, it’s hard to say who stands out from the crowd and deserves to enter the Hall of Fame. This is where the statistics prove to be useful as they will easily single out Chuck Liddell. If this list was concerning just the history of UFC, there’s no doubt Liddell would come up as a number one, as he still holds the record for most wins in the light heavyweight division, two separate winning streaks of 7 fights and 10 knockouts included. On top of that, his career in Pride was equally impressive and the list of defeated opponents includes the above-mentioned Silva.

One more guy who knocked off Silva is Vitor Belfort, and what makes the whole story impressive is that it was his debut match at just 19 years of age. When it comes to debuts in the light heavyweight division this was certainly the most impressive one and reason enough to include this promising fighter in this list. Not to mention that the debut was followed by many equally impressive wins, including the UFC Light Heavyweight Championship against Randy Couture.

Although he never won a world title, Kazushi Sakuraba definitely left a lasting mark on MMA. He was like a child of the MMA’s wild days and in that period he was Pride’s top star. Although he has many great wins under his belt, including four members of the Gracie clan, Sakuraba’s place on this list is also based on the fact that he was the greatest entertainer of all the fighters. Similarly to Silva, he was willing to fight any opponent and even participated in open weight tournaments. Anyone who’s seen his victory over Royce Gracie is aware that he gave the sport one of its legendary moments.

When it comes to the Pride ring, Mauricio “Shogun” Rua was undefeated – with one exception. He did lose once, due to a separated shoulder, which was a classic case of the Achilles heel. Rua burst onto Pride’s world stage right after he won three fights on the promotion’s Bushido series and showed he’s there to stay when he knocked out Quinton “Rampage” Jackson with soccer kicks at Pride Total Elimination, 2005. His career in the UFC started out a little rocky, but he won the light heavyweight belt in May 2010 with a knockout. In the next fight against Jon Jones, he did lose the belt but this modern-day Achilles is still a very capable gatekeeper of the cage.

Homeless on a Rampage

We end our list with the proud owner of some of the most vicious knockouts in the history of Pride FC – Quinton “Rampage” Jackson. He started his rampage as a homeless guy brought into the Pride Fighting Championship for his first fight against Kazushi Sakuraba, who was already a legend in his own right. Jackson lost the fight but earned fan respect that day with the great effort he put in. Soon he established himself as the runner-up light heavyweight Pride fighter, losing only against Wanderlei Silva. Moving to the UFC he beat Liddell the second time and became the light heavyweight champion. That reign ended in less than a year, but Jackson still deserves this spot as one of the most iconic light heavyweight fighters to step into the octagon.

If you don’t rely solely on statistics, it’s impossible to make a definite list of the greatest light heavyweight fighters in history. That said, this list is far from objective. We simply think that these fighters have left the deepest mark through a combination of their winning streaks and charismatic, unique approach to the sport.