I’ve been asked repeatedly about commenting on CM Punks recent record breaking diatribe concerning his release, so instead of individual messages, I figured I would issue a blanket commentary, covering the wholeness of his claims. Spending the entirety of my life in or around this business I have a true old school perspective of everything said as opposed to Phil, who claims to be old school, but I feel has apparent lack of understanding of what that really means. Although there were many things that I agreed with during his 2 hour spiel, there were also many things I disagreed with. I understand burnout. No matter how much passion one feels about what they believe this business to be, the grueling nature of the beast including, road schedules, incessantly bad creative and politics do wear away at everyone over time in particular in the WWE. The manner with which it is handled is truly the question. 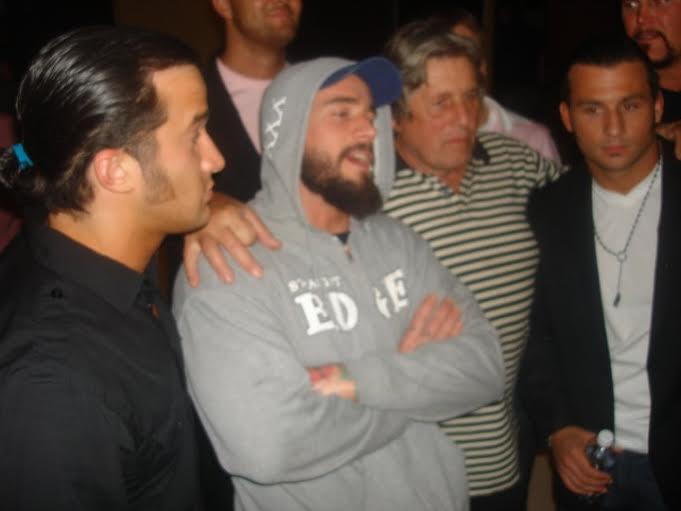 The first issue I wanted to confront was Phil’s claims about his health and well-being. I’d like to start by saying that I know Dr. Amann. He has worked on me in the past even when I wasn’t working with WWE and he is a credit to his profession. I’ve never found him to be lazy and I do consider him to be a very good physician. I felt it was unnecessary for Phil to attack our good doctor knowing from first-hand experience how hard he works and how much of a blessing he has become to today’s locker room. How many lives would still be here if WWE/F had someone like Dr. Amann 20-30 years ago? I think Jerry Lawler would personally attest to the value of Dr. Amann in the locker room and I know many others have been blessed by his presence. In terms of the concussions, Phil readily admitted that he fought his way through them. How can Dr. Amann, be held accountable if Phil is fighting his way through trying to prove to himself he is the best in the world. Concussion testing is still in its infancy, so if there are holes in the testing process, that doesn’t escape the fact that at least an effort is being made to prevent them and if Phil was so hell-bent on time off, he should have simply not played tough. Dolph Ziggler is a clear-cut example that no matter which rocket you are on, if you are proven to have a concussion you are taken off the road. In terms of the drug-testing, you’d think Mr. Straight Edge would be proud to piss in a cup. Unfortunately for every new drug test or screening that exists, there is equally a new drug that is screen-proof.

Next I’d like to speak on some of the concerns that were addressed in terms of creative. God knows I will be the first to be outspoken against WWE’s creative or lack-thereof and the Hollywood Load Freaks that line up for Vince and Pat’s servicing. Clearly one of Phil’s biggest regrets was not being able to main event a Wrestlemania even though as an old school mentality, that shouldn’t really matter. However in hindsight, I do think it was an egregious mistake not having Punk main event against John Cena at Wrestlemania 27 instead of The Miz, but I do understand the mindset that The Rock coming back from Hollywood, and The Miz’s own previous Hollywood connections made sense to the decision makers. However despite the popularity and the wave Phil was on, clearly John Cena vs. The Rock was a dream match-up and the culminative match of this generation that played a story out over a three-year course. Had Punk main-evented either 28 or 29, there would have been far more people complaining about that, than are now. WWE still hears complaints 13 years later that HHH vs. Chris Jericho main evented overtop of The Rock vs. Hulk Hogan and this would have ultimately been the same situation. Wrestlemania 30 was a fresh ground for main-eventing. I can certainly empathize with his frustrations with having to work Triple H and certainly the climate of WWE in fall 2013 certainly didn’t present an abundance of viable options for a fresh match-up in the main event. Daniel Bryan had certainly earned his place in the main event and fortunately was able to fulfill that realization. The only option I could have seen that would have put Punk in that position would have been for Phil to turn heel and join the authority himself to pit Punk vs. Bryan which would itself been a recycled contest and not represented Punk in the light I believe he wishes to be seen in as the anti-corporate iconoclast.

I am of the belief as an old school patron of the art of wrestling that the best match on the card should be the main event, but I also fundamentally understand that this is a business and it is about drawing the most amount of fans. The bottom line is for a company to run and employ people like Punk and the many he considers friends within the business, the company needs to draw the maximum crowd as possible to provide that living. Although Wrestlemania itself may be the top draw, I still felt it was a naïve statement of Punk to say that he was drawing on the same level as The Rock and John Cena. And Undertaker is a veteran of 25 years that has done more for the WWE than seemingly any other wrestlers from a tenure point of view. A tenure Punk denied himself. From a real old school perspective, it is the promoters discretion to pay the wrestlers whatever he wishes. Often times my father would pay one half of a main event more than another based on a number of factors, that I’m sure Punk may not have considered.

Although I understand that this was a matter of frustration that had been built by a number of factors over a lengthy period of time and I too understand that Punk stated he was willing to listen to reason and work within the system had their not been a bullshit political agenda in place with everything, I do also feel that Punk’s attitude towards this situation is short-sighted and clouded by emotion/ego. The biggest contradiction in everything Punk said over 2 hours was that he needed time off, but yet continued to soldier through wanting to prove he was the best in the world. Many friends I’ve made over my time in this business are no longer with us due to the way they dealt with that same grueling schedule. A countless list of 80’s and 90’s legends burnt out just the same. The WWE as a corporation would have been irresponsible had they not applied some form of disciplinary action against Punk for walking out. However, despite that Punk still held all the power with that and had he made known to the powers that be that he was willing to work out an amicable agreement, a solution to the burnout issue could have been made. I argue that much like veterans, Chris Jericho, Rob Van Dam and Big Show, Punk could have demanded himself for a reduced schedule but also could have required that based on seniority that everyone on the active roster should have a reduced schedule. For the young rookies on the roster maybe 2-3 weeks per year, but for those with tenure like Punk, Cena, Orton, Kane et al. be granted reduced schedules by months per year, which not only increases the health and mental wellbeing of the talents but also increases the specialness and overall value of those talents to the audience.

Many including Punk may argue that this interview and Punk’s walkout will do more for the business than he could have working within the system. To this I disagree. Much like WWE is prone to do, this issue will be swept under the rug expediently. Although the initial burst of the interview gained traction and attention worldwide, subsequent interviews will not have the same impact and after a few weeks these issues will no longer be prevalent especially with no one else with Punk’s individuality willing to stand up within the WWE’s corporate hierarchy. Much like flatulence in the wind I feel beyond Vince’s comments this past Monday, you will hear nor see anything else from WWE’s end to address any of the accusations.

I personally feel that with the landscape of the business as it currently rests, there is still one big play Punk could do to not only change the business for the better but also prove once and for all that he truly is the best in the world. For years many have said that New Japan Pro Wrestling is putting out the best wrestling product globally and I whole-heartedly agree. Over the last few years NJPW has been testing the US waters and now Jeff Jarrett will be presenting NJPW’s first US PPV broadcast in January under the guise of Global Force Wrestling. That mixed with the recent announcement that NJPW will now be on US TV on AXS, which ironically is owned by billionaire extraordinaire Mark Cuban who himself is a massive wrestling fan. With the right deals in place, Cuban could very easily become todays Ted Turner (yes I realize AXS has a fraction of the viewers TBS & TNT had) But with a massive name like Punk attached to the product could in all theory bring the NJPW product to the global spectrum and create a viable number 2 promotion that is closer to competing with WWE than any other promotion since the closure of WCW. Punk competing with the likes of AJ Styles, Hiroshi Tanahashi, Kazuchika Okada, Young Bucks, Shelton Benjamin and Harry Smith and having good ole Jim Ross calling the action ringside may be exactly the revolution the industry as a whole needs. If Punk truly is the best in the world and the drawing card he envisions himself to be, this would be the avenue to prove it not only to WWE and to wrestling fans worldwide but also to himself.

In retrospect, time heals all wounds and although the relationship between WWE and Punk may be severed now, Bruno Sammartino, Ultimate Warrior, Superstar Billy Graham, Hulk Hogan and my brother Bret have all in their own ways been in the same place Punk is today and all eventually made peace. I wish Phil Brooks, nothing but peace, happiness, love, revelation and enlightenment as he plots his future endeavors.