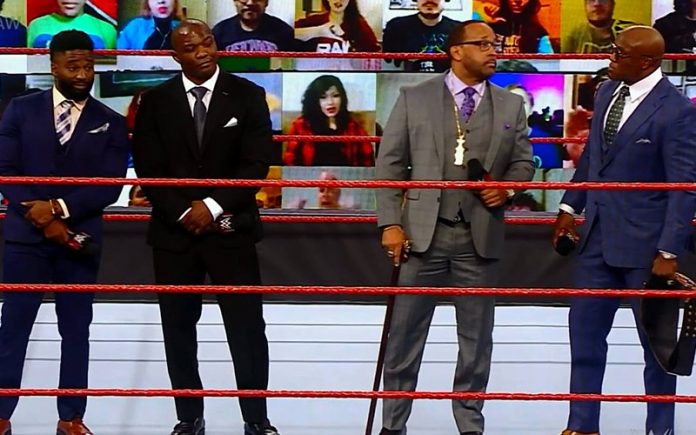 Shortly after Big E defeated Bobby Lashley to capture the WWE Title, there were a couple of teases in regards to a possible reunion of the Hurt Business faction.

First, Cedric Alexander tweeted “if only you had some backup” in response to Lashley’s loss. Second, MVP posted a photo of himself on a plane with Shelton Benjamin and included the following caption:

“Discussing business with an old acquaintance…”

As PWMania.com previously reported, the Hurt Business split from earlier this year was criticized by fans and wrestling personalities including Dave Batista.