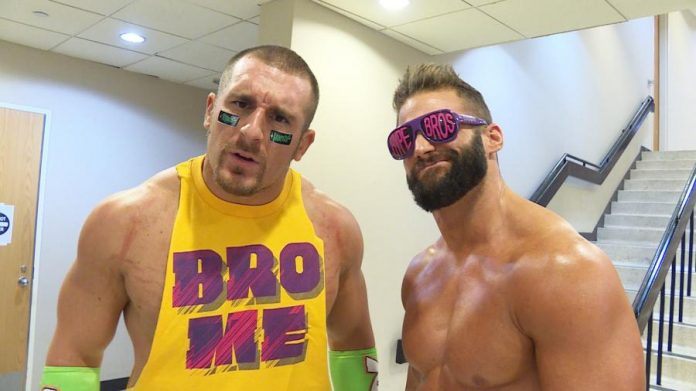 – As noted, Erick Rowan and Luke Harper will return as The Bludgeon Brothers on next week’s post-Survivor Series SmackDown in Houston. Their opponents will be Zack Ryder and Mojo Rawley. Above is video of The Hype Bros calling out The Bludgeon Brothers for the match. Mojo says the more teams that show up means less shots at the SmackDown Tag Team Titles for The Hype Bros. Ryder asks if he’s insane but agrees that The Hype Train needs to get back on track.

– As noted, the final spot for the women’s Team SmackDown is up for grabs as Charlotte Flair won the SmackDown Women’s Title from Natalya last night. Flair will now face RAW Women’s Champion Alexa Bliss on Sunday at Survivor Series. While it was noted on SmackDown that we would find out Flair’s replacement “very soon,” the WWE website is teasing that we won’t find out the final member of the team until Sunday’s pay-per-view. There’s been speculation on the spot going to Natalya, Paige or Nikki Bella.

– Dwight Howard and more of the NBA’s Charlotte Hornets were at ringside for last night’s SmackDown. Below is video of Howard reacting to the show: