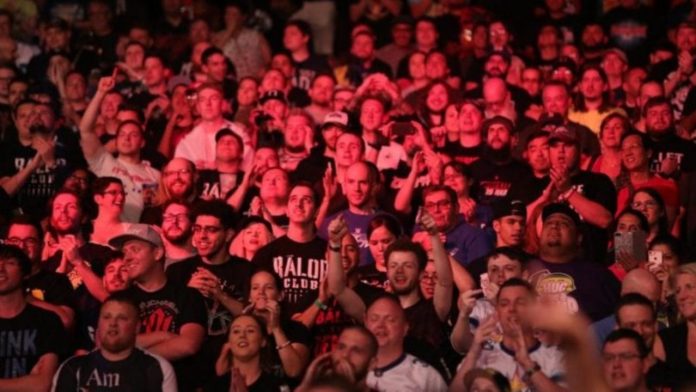 So what if I’m forty?

So what if I remember when wrestling was rasslin’ and I miss it?

So what if I’m just plain not interested in your hot take?

I don’t watch wrestling for you, I watch it for me. Wrestling has always been there for me, no matter what. I take umbrage against some of my fellow so-called fans over their continued need to “get themselves over” at the expense of someone else’s enjoyment of this sport that I hold so near and dear to my heart.

Seriously, if you’re that kind of “fan,” this column isn’t going to be for you. Feel free to turn back now and save yourself some grief. Or, alternately stay a while and listen! You might just learn something. Not that I’m here to be anybody’s teacher, or that I’m anywhere near qualified for the same. I’m just a passionate fan with an oldschool mindset retrofitted with a healthy appreciation for modern application!

That is to say that I’ve run the gamut as it pertains to my wrestling fandom over the past thirty-five or so years. I grew up tossing back my vitamins and chasing them with a snifter full of saying my prayers! I was a Little Stinger, I watched his match with Flair at the Clash of Champions live on TBS! It was the single greatest thing I’d ever seen at the time! I rode the wave of the wrestling boom in the eighties all the way through the early nineties where I became more of a fan of the technical brilliance of guys like Flair and Steamboat and Muta than that cartoon superhero look that had taken over like an invasive weed in the mainstream marketplace.

Then the mid-nineties happened. That’s about all I’ve got to say about that. 1995-97 was all about the Extreme revolution up in Philly while the Southern rasslin’ I’d grown up on continued to flip, flop, and fly its way to a slow death. One side picked the bones clean and fed the scraps to their suntanned hero in red and yellow. Meanwhile, the opposition made a point to distance itself from the past so they could keep up with the McMahons long enough to convince somebody, anybody, that they could compete against the mighty juggernaut that the WWF had become!

They did compete, though.

Wrestling got hot again despite itself!

The Attitude Era was something else. Every week was must-see wrestling on not one but two channels! Do you remember which show you watched live and which one you taped? I do. I also remember getting split-open by a coffee-can shot right between the eyes because nobody took any of that “Don’t try this at Home” hullabaloo seriously whatsoever. People loved Attitude, just like they loved Hulk and Andre before them, just like they loved Savage and Steamboat, just like they loved Flair and Dusty, and so on, and so on.

There was another thing that the nineties shoved down our throats, and no I’m not talking about Pam and Tommy Lee! Just as wrestling was going nuclear with Austin and The Rock and the nWo and Goldberg the Internet was going through its first major national and worldwide expansion. Here’s the thing about that, though. With the advent of the information superhighway and the instant connectivity and gratification that it would ultimately provide to every person on the planet came the generation of fans that thought they were just too smart for the business.

All of a sudden every single fan on the planet had access to literally everything and all anybody could think to do about it was come up with the term “smart mark” and begin the ruination of this wonderful thing I call wrestling. The nineties gave way to the double-oughts and then some and before anybody knew what was going on ECW folded like one of Heyman’s cheap suits and Vince had picked up WCW for pennies on the dollar! Fast forward a few more years, the internet would become more and more pervasive and the IWC presence became the “vocal minority” of fans who thought they were determining the future of sport by screaming and yelling on the internet and making everybody around them hate wrestling.

It’s true. I’ve witnessed it personally. Hell, I’ve been on both sides of it! We’ve all been a wrestling snob at one point or another I’m sure, right? For instance I can’t stand flippy-doo wrestling. Don’t get me wrong, I love a good high-flying display put on by somebody with a healthy understanding of psychology who knows how to tell a story past “hey guys, catch me!” I’m sorry, it’s not realistic for eight guys to stand there and get ready to catch another guy just for the sake of a couple of flips and a “this is awesome” chant.

I could go on at length, ask some of my friends, but I won’t. Why? Because that’s the entire point! Just because I like my wrestling a certain way shouldn’t and doesn’t give me the right to dump on somebody who does like that style of wrestling! Come on, these shows are two and three and seven hours long these days right? There’s gotta be a pee-break somewhere, yanno? Maybe I need to get up and make a sammich when the Young Bucks get to superkicking the universe so that when Eddie Kingston tries to fight four guys or Lord Regal verbally eviscerates somebody I can be there front and center of the screen with my eyes wide open and just watch the spectacle in front of me.

Everybody isn’t going to love everything, and that’s just dandy.

That used to be the whole point, right? Something for everyone?

Maybe we can get back to that.

All it takes is a little suspension of disbelief.