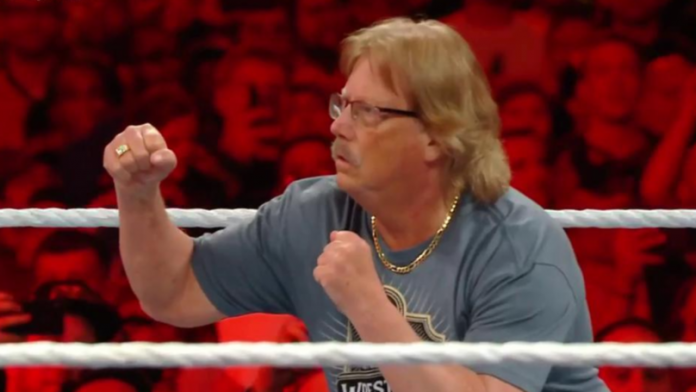 – During an appearance on Jobbing Out, The Miz’s dad George Mizanin revealed that he was injured at Wrestlemania 35. Here is what Mizanin said courtesy of ProWrestlingSheet.com:

“I wasn’t supposed to get in the ring [at WrestleMania],” Mizanin explained. “But he [Shane McMahon] said, ‘Whatever happens, just follow my lead.’ And he was calling me into the ring. And I thought, ‘What’s going on? I’m not supposed to get in the ring.’ And I got in the ring and that’s where he actually knee’d me. I broke a rib. And I guess I gave him a black eye. And I guess Michael had three staples put into his head that day.”

– In a surprise appearance, Kenny Omega attacked Chris Jericho at the Southern Honor Wrestling in Cantor, Georgia on Friday night: