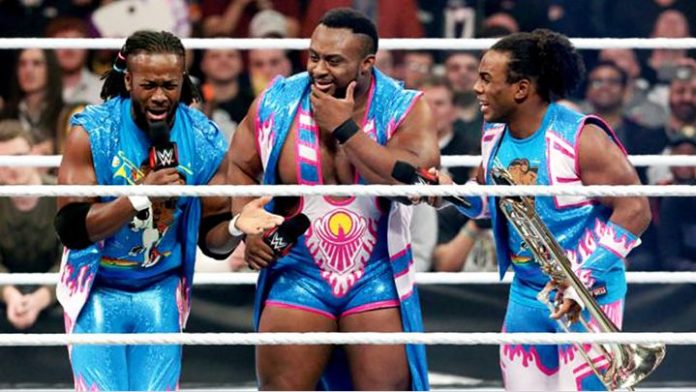 – WWE posted this video looking at every Money In the Bank winner in company history, including current Mr. MITB Baron Corbin and the first-ever Ms. MITB Carmella.

– As noted, WWE made history this week as the women’s division headlined all three major shows for the first time ever – Sasha Banks won a Gauntlet Match in the main event of RAW, Carmella won MITB in the main event of SmackDown and WWE NXT Women’s Champion Asuka retained over Nikki Cross in a Last Woman Standing Match last night. WWE posted the following and congratulated the women’s division:

Question: When was the last time women main-evented nearly every show in WWE in a single week?

Answer: Never. It’s never been done … until this week. Excluding 205 Live, which features no female competitors as of yet, every major WWE show is main-evented by its Women’s division. Monday’s Raw ended with Sasha Banks’ victory in a historic Women’s Gauntlet Match to determine Alexa Bliss’ challenger for the Raw Women’s Title at the WWE Great Balls of Fire pay-per-view, while last night’s SmackDown LIVE was capped off with a rematch of the Women’s Money in the Bank Ladder Match, which was won by Carmella.

Finally, NXT was capped off with Asuka’s defense of her NXT Women’s Championship against Nikki Cross in a no-holds-barred Last Woman Standing Match, completing the trifecta.

Congratulations, ladies. Here’s to many more weeks like this one.

– As seen below, The New Day filmed an episode of Adam Ruins Everything earlier today. The second season begins July 11th on TruTV. No word yet on when their episode will air but we will keep you updated.

So this happened ? Make sure to check out season 2 of @AdamRuins on @truTV July 11th (ya boys are somewhere in the season, watch them all!) pic.twitter.com/4hFwLoKVDp