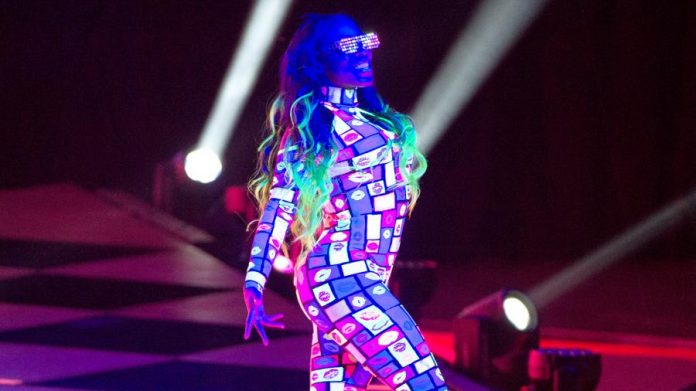 – Above is video of new SmackDown Tag Team Champions The New Day after their win over The Usos at WWE Battleground last night. This is the first time Xavier Woods has pinned someone to win a title reign for the group. As noted, The New Day made history with the win as they are the first team to both the RAW and the SmackDown Tag Team Titles. They are now three-time tag team champions.

Woods and Big E point out how this is the 13th title reign for Kofi Kingston, calling him one of the most decorated champions in company history. Woods says Kofi inspired him as a young black male watching WWE to get into the industry and now he’s a beacon of hope to other little kids. Woods calls Kofi the most decorated African American sports entertainer of all-time. Big E says he can’t believe it’s been 3 years of doing this group with Kofi & Woods, and they’re still having fun, still racking up titles, still traveling together and not hating each other.

– The online pre-sale for the 2018 WWE Royal Rumble pay-per-view from the Wells Fargo Center in Philadelphia began after Battleground. The Ticketmaster pre-sale code is RUMBLE.

– As noted, Natalya vs. SmackDown Women’s Champion Naomi is now official for WWE SummerSlam after Natalya won the Fatal 5 Way at Battleground. The two exchanged these tweets after Natalya refused an in-ring handshake from the champ:

I'm not going to shake your hand… I'm gonna snatch you bald. See you at SummerSlam! ✌️ https://t.co/RIw7DoU89P