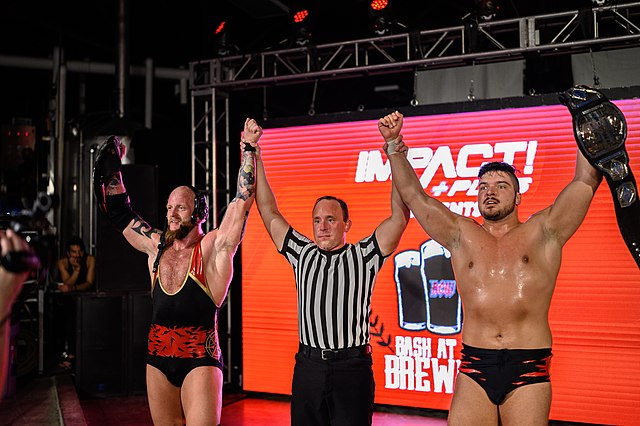 The North hit a big milestone today as it pertains to their Impact Wrestling World Tag Team Championship reign. Ethan Page and Josh Alexander have now held the titles for one year. The two originally won the titles after they defeated Santana and Ortiz at the Bash of the Brewery event last year.

We’ve been tag champs for a whole year TODAY … … why u tweeting this on our day???? https://t.co/MDl0ZK4JKF

Today is a very special day for @IMPACTWRESTLING …. just another day for #AllEgo though 😉 pic.twitter.com/aw89gn3TzP