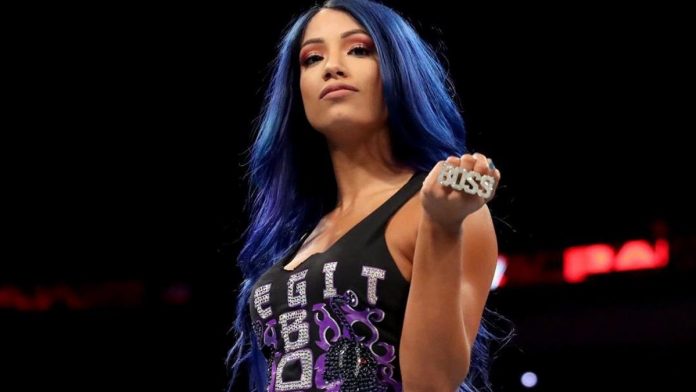 Sometimes you have to wonder about the optics.

Just as I made a scroll through social media while insomnia prevented me from getting some decent sleep, I saw a rather abrasive thread on Twitter. Granted, that’s about 95% of social media, but it made me think of what the optics of a situation might honestly translate to. The C2EC convention is being held this weekend outside of Chicago, and as is often the case with these conventions, actors, artists, and of course, pro wrestlers are a part of the line-up. While C2E2 is one of the more well-known conventions in the country, these events happen often and there are those that find a second career working the circuit. William Shanter, as gruff and ignorant in person as you’ve probably read about him, is 90, but racks in $100 an autograph at these shows. Tom Arnold, god bless him, is also a regular at these conventions. So, you can see the level of stardom of these guest varies, as does the price. The pro wrestlers are the same way, Rikishi actually lowered his price to $20 per autograph at one of the shows he attended, whereas Ric Flair will write his name for $80 at a convention just outside of Pittsburgh next weekend. Again, prices vary, with some ranging into the outrageous, but if fans are willing to pay it, good for the guests that can land that type of cash, that’s capitalism. If The Undertaker can get $250 for a photo-op at this point in his career then he has the right to make that money.

Still, with the hefty price tags naturally comes some type of expectation for a pleasant experience. In fact, a good interaction can soften the hit to your wallet when you know you gave the cash to a celebrity that appreciated that fans put their money down to meet them. Kevin Nash actually is the coolest dude in wrestling and getting to meet him twice made me even more of a fan of him. Chris Jericho, say what you want about his politics, was very kind to me when it took me extra time to be able to walk up to his table. Thankfully, the vast majority of experiences I’ve had at these conventions were positive and worth the price of the meet and greets. Sammy Guevara randomly handed me the TNT title for a photo-op, which I still consider an unofficial championship reign. The point being, these experiences can have such an impact on fans of any genre.

That’s why I was very disappointed to see the thread on Twitter that Sasha Banks and Naomi, which tweets claimed was at Sasha’s request, had at least a three-foot distance between fans and the stars they paid to meet for the photo sessions. I’m sure some Sasha Banks fans will completely disagree with me on this, but I’m going to attempt to take a measured approach for the situation. First and most importantly, the world is still in the midst of the COVID pandemic and as we know, vaccination rates still aren’t where health officials recommend. The reasons for that and the domino effect it has are a different debate for a different day. So, it makes sense that some people would want to be more precautions about large public gatherings, but that’s a given when you agree to an appearance at one of the bigger conventions in the United States. Being cautious of your health is more than understandable, but that view point loses some of its merit when some of that caution is sacrificed for the thousands of dollars headline guests usual make at these events. Was $30,000 enough for Sasha to want to attend a packed convention?

Compared to the $55 for Trish Stratus who personally greeted and spoke something personal to everyone in line. I would have been happy just standing next to her. She made the experience one I will never forget. pic.twitter.com/j3bnuPWRIr


Secondly, it goes without saying that some of the mutants that attend these conventions aren’t familiar with etiquette or soap. Wherever Andy Kaufman is now, many of these attendees could use a lesson in S-O-A-P, Soap. As nauseating as it might be, unfortunately, some of that goes with the territory if you’re going to work the comic con circuit. Let’s hope most of those that were in the building for C2E2 were regular uses of deodorant.

Obviously, we’ve all seen some of the cringe worthy pictures over the years of wrestling fans that tried to pose with their favorite female wrestler as if they were at a formal dinner. That’s bizarre and shouldn’t happen. If a wrestler puts their arm around a fan for a photo-op then it was the wrestler’s decision, the fan shouldn’t have the option to decide if they are going to make any contact with the guests.

Now that we’ve covered those prerequisites, is Sasha Banks so ego-driven that she doesn’t want fans even in her general vicinity? There were rumors online for years and occasional fan stories that Sasha was very egotistical, and this latest news adds at least some level of credibility to that speculation. Anyone remember the temper tantrum when Sasha dropped the tag belts at Wrestlemania a few years ago and disappeared from television for four months? There appears to be a pattern, where Sasha wants to be the featured star or she will to go home. By nature, the wrestling business shuffles talent, especially in the modern era. Banks rightfully has some gripes with how she was booked in the WWE, but in some ways, that’s the nature of the beast. That’s also a major reason why the company pays as well as it does because seven figures makes subpar booking a lot easier to deal with.

Sure, right now, Sasha has the “street cred” so to speak of walking out of the WWE and standing up to the corporate machine, but was that really what happened? It’s at least possible that Banks thinks she’s a bigger star than she actually is outside of the WWE platform. Since Triple H took over as head of creative, there are already discussions that prehaps Sasha and Naomi will be brought back into the fold, which would be a wise decision. Don’t get me wrong, Sasha Banks is absolutely a star and one of the most talented performers of her generation, but the stardom might’ve skewed her perception of her status outside of the WWE.

From what I read, the photo-op with Sasha and Naomi was $130. That’s $130 to stand in the same frame as some of your favorite wrestlers with the visual that makes it clear that they wanted nothing to do with you. Again, if Sasha can get the money for that then that’s capitalism, but it doesn’t create for the best fan experience. Instead of that photo-op as a way to remember meeting someone that was as cool as you hoped they might be, it’s a reminder that they didn’t really want to be near you, but are happy to take your money. When you consider that Mick Foley had a lot of poses with fans from the same convention, I have to say that while precautions are understandable, if Sasha didn’t want anyone near her then maybe everyone, including the fans that paid the $130 would’ve been better off if she just didn’t attend the convention.

The bigger picture is that if Banks returns to the WWE, how long until she becomes dissatisfied with her status in the company again? Taking into account the pattern of at least a few riffs with management in the past, the odds say that she would become discontent again. Here’s the key to it all, wrestlers have disagreed with promoters as long as the wrestling business has existed, but the vast majority of the time, a compromised is reached because there’s business to be done and money on the table. Is Sasha really going to want to go along with business if she returns to the WWE?