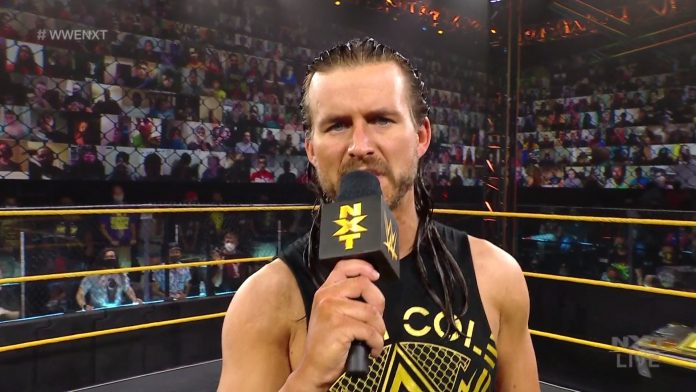 The basis of professional wrestling was always to blur the line between reality and entertainment, drawing money in the process. Ironically, even when everyone knows that sports entertainment is scripted, the ability to get the audience to question where the line of entertainment is, still generates the most hype in the modern era.

With the impending addition of Daniel Bryan and CM Punk, two of the biggest stars of the past decade, to the All Elite roster, it creates a level of optimism around the organization. It might be creative freedom, the ability to reach their full potential, better opponents, or simply better money, but either way when established WWE talent opt to sign a Tony Khan contract instead, it tells the fans that the company is something to watch. Furthermore, the Punk and Bryan acquisitions are only a part of the narrative that evolved during the early stages of AEW. It was a much smaller splash by comparison, but diehard fans knew that Cody, Adam Page, and The Young Bucks turned down WWE contracts to form AEW. Kenny Omega, one of the very few gaijin or foreign performers to win the IWGP Heavyweight title, decided to leave Japan at arguably the peak of his run there after an incredible series of matches with Okada to ink an All Elite deal. As far as more main stream talent, Chris Jericho could’ve signed a WWE deal and collected a check until he decided to retired based on just his legacy. However, he saw an opportunity, and of course, a hefty contract with AEW. That said, it’s doubtful that Jericho’s decision to depart from an association with the WWE after two decades was purely financial. One of the reasons that Jericho reinvented himself as often as he did was because he wanted to solidify a unique legacy. He wasn’t going to risk that track record of success just for a big pay day, the veteran had to see the potential of All Elite as a project.

Another perspective to that scenario is the younger talent that were either underutilized in WWE or saw a better future in a different organization. FTR, quite possibly the best tag team of the modern era, were supposedly scheduled to use a clown gimmick before they left WWE. Dax and Cash saw that the McMahon empire wasn’t a place for them. Eddie Kingston, a gritty veteran that clawed his way to national television, saw a better option for himself outside of the corporate structure. That’s not necessarily a jab against WWE, but rather to point out that it speaks volumes about the potential of All Elite as a major player in the industry when younger talent decide that they want the future of their careers in the organization.

Just days after the WWE announced the release of Bray Wyatt, prompting speculation that Tony Khan could ink the underutilized star for AEW, Adam Cole was trending on Twitter. Surprisingly, the rumors suggest that Cole’s WWE contract is set to expire after Summer Slam. As I wrote in an article last week about Karrion Kross, I think Adam Cole has all the skills to be a main event star, and he’s wasting some of the prime years of his career on a third-tier brand in WWE.

While there will only be one Shawn Michaels, I honestly believe that Cole could be his generation’s version of HBK, he has that level of talent. Maybe I’m missing something, but outside of his height, I’m not sure what else WWE could look for in a top star. If I had a vote within the room of dozens of WWE writers, I’d say that Adam Cole should be presented as a potential Wrestlemania main event competitor. Somehow, he was typecast to NXT and did more or less everything he could there. At this point, the continuous feud with Kyle O’Reilly is just to keep them both busy. Again, Cole and even O’Reily to some extent are spinning their wheels without any progress in NXT.

Obviously, you have to ask, “how does this happen?”

Quite simply and something I’ve written about many times in the past few years, the WWE has gotten too comfortable and too complacent in its position as an entertainment empire. The company has such a safety net with the guaranteed money from the TV contracts and the Peacock deal that there isn’t the pressure to “sell” the shows to the audience. The priority, more often than not, is to churn out countless hours of content to satisfy the TV contracts with the goal of quantity over quality. Granted, the talent on the roster works hard and the effort is there, but WWE as an organization, at the very least developed a level of complacency based on the fact that they will yield record-setting profits the next few years based on the television deals. As a comparison, in the 90s when PPV revenue was the biggest revenue stream in professional wrestling, a company had to truly sell the event to the audience and book a card that the fans would want to pay to watch on pay-per-view. Now, it doesn’t matter how many people subscribe to Peacock because the WWE is paid the same amount either way and WWE programming is just a piece of the puzzle for the streaming service.

Essentially, WWE brass can coast on the reputation of the boom of the late-90s, which is why so many part-timers are used to boost major events. The money is in the bank so they just have to keep the brand a somewhat common talking point to continue to secure ad revenue and sponsors. It’s much easier to bring back Goldberg or The Undertaker then it is to make new money-drawing stars. In some ways, there’s a point that it might be counter productive to overload a show with high-priced talent. An example is, if the WWE brings The Rock back to challenge Roman Reigns at Wrestlemania, the increase in the amount of people that watch the show doesn’t matter because the WWE gets the same amount of money regardless of the match booked as the main event.

Essentially, the WWE isn’t forced to invest in an Adam Cole or other younger talent because when there are record-setting profits, why change anything? Granted, the other side of the coin is that the current WWE philosophy has eroded the core audience so it’s doubtful that the next TV deal will be as lucrative. Perhaps, WWE sacrificed a more stable future for the short-end money?

All is this is why Adam Cole’s potential exit, along with the previously mentioned Bryan and Punk, could provide a very critical shift in the industry. Even if it’s unintentionally, I think it’s fair to say that WWE brass has underutilized talent, and AEW given an opportunity for that talent to reach their full potential. If that scenario can eventually put pressure on WWE then we could see a better product across the board so it’s a win-win for everyone involved. This isn’t meant as a jab at WWE, I hope that Adam Cole makes the jump to All Elite because I think it’s an organization where he can reach his full potential as a main event star.

The domino effect in all of this shows how important competition is for the industry. The series of big name jumps to AEW in such a short period of time is yet another boost for the organization. It tells the audience that All Elite is something to watch and that there’s a reason these stars signed for the company. That being said, it’s just as important that AEW use the increased exposure effectively and book a product that will generate views for the company. The bottom line is, WWE management missed the boat on Adam Cole, and he might become a valuable asset for the competition. Yes, despite Vince brushing off the notion in the recent conference call, when some of your top prospects opt to sign elsewhere then there’s definitely competition. It’s somewhat ironic that the WWE pushed the envelope to be more contemporary in the late-90s to battle billionaire Ted, but fast forward two decades and it’s McMahon that has a billion dollar company that uses wrestlers from the past as the featured stars. It’s certainly speaks volumes about the WWE structure when one of the most talented younger stars on the roster might leave the biggest sports entertainment company in the world in the prime of his career to consider better options.