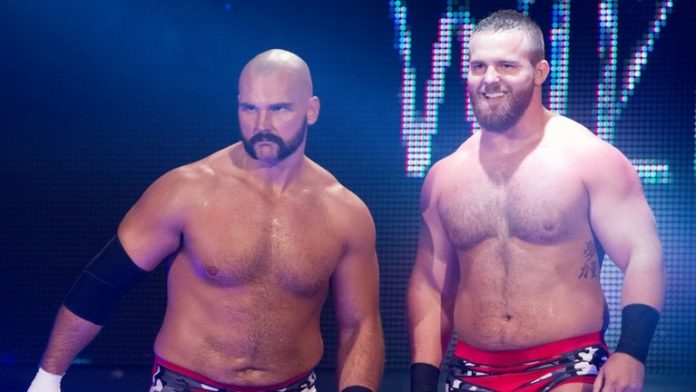 – As seen on this week’s RAW, Apollo Crews defeated Kalisto as Titus O’Neil watched from ringside and Akira Tozawa sat in the front row. Tozawa was brought to the front row to watch as Titus has been trying to recruit him for The Titus Brand. Titus, Crews and Tozawa celebrated together after the win but Tozawa wasn’t thrilled. In the Fallout video above, Kalisto warns Tozawa that Titus is only in this for himself. Kalisto knows Tozawa and Crews go way back but he wants Tozawa to know that he can’t trust Titus.

– As noted, it appears The Revival will be returning soon as Dash Wilder was seen in the ring during this week’s pull-apart brawl between Samoa Joe and WWE Universal Champion Brock Lesnar on RAW. Dash suffered a broken jaw in mid-April and was expected to be out of action for 4-8 weeks.