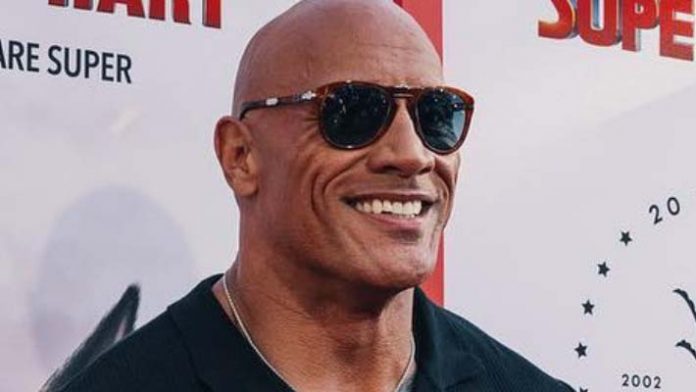 Tonight at 10 o’clock Eastern Time, the first episode of the new documentary series “Tales from the Territories” will air on Vice TV.

Evan Husney and Jason Eisener, the creators of “Dark Side of the Ring,” along with The Rock and Dany Garcia of Seven Bucks Productions, are the show’s executive producers. The new series also stars Jason Eisener. Work on the show was also done by Brian Gewirtz, who formerly served as the head writer for WWE and now serves as the senior vice president of creative development for Seven Bucks.

The first two episodes of the show will be dedicated to Memphis Wrestling and will feature guest appearances from WWE Hall of Famers such as Jerry Lawler, Jimmy Hart, and Jeff Jarrett, amongst others. The preview, as well as a synopsis for the first two episodes, can be found below.

Today, The Rock posted a message on Twitter in which he described this as one of his “love letters” to the professional wrestling industry. In addition to that, he shared the official series poster.

Rock commented on the reasoning behind selecting Memphis Wrestling as the first episode of the series.

“We chose the iconic pro wrestling territory of MEMPHIS for our season premiere of #TalesFromTheTerritories I grew up in this territory when my dad wrestled with these legends. And I started my career in Memphis worked for my friends the Jarrets & Lawler. TONIGHT on @VICETV,” he wrote.

Episode 2 Synopsis: Andy Kaufman vs. The King of Memphis New. “One of the most infamous stories in wrestling lore, TV star Andy Kaufman traveled from Hollywood to Memphis to wrestle women, before facing off against King Jerry Lawler.”

You can check out the preview for tonight below, where you’ll also find tweets from Rock and posts from Gewirtz, Jarrett, Lawler, Dutch Mantell, and others:

One of my love letters to pro wrestling premieres TONIGHT!

We chose the iconic pro wrestling territory of MEMPHIS for our season premiere of #TalesFromTheTerritories
I grew up in this territory when my dad wrestled with these legends.
And I started my career in Memphis worked for my friends the Jarrets & Lawler.
TONIGHT on @VICETV https://t.co/ERYo9nqybO

My fellow
⭐️ pro-wrestling ⭐️ fans — our highly anticipated TALES FROM THE TERRITORIES debuts THIS TUES on @VICETV!
The insane, dangerous and “holy shit” stories from wrestling’s greatest eras told by the LEGENDS THEMSELVES.
What a crazy world I grew up in 😇@SevenBucksProd pic.twitter.com/UQ6YlSW4U0

When I started at WWE I had the honor of working with legends like @Fgbrisco, @JRsBBQ, @MichaelPSHayes1, @JerryLawler, Jack Lanza and Pat Patterson. Their stories were always mesmerizing & now they’re coming to life! #TALESFROMTHETERRITORIES debuts TOMORROW night 10pm ET @VICETV pic.twitter.com/gowrqFUGmc

TONIGHT: the premiere of #TalesfromtheTerritories 🗺

We take you back to the wild times & glory days of Memphis Wrestling.

Tonight…VICE TV keeps its TV WRESTLING voice alive as TALES FROM THE TERRITORIES at 10PM EDT. I appear on this episode and if you’re a wrestling fan…don’t miss it. @VICE @WSI_YouTube @rdore2000 @TruHeelHeat https://t.co/WLu4a0zKHb

The opening theme song for Tales From The Territories by @ango84 might be my favorite piece of music for anything I’ve been involved with. https://t.co/2jWnfXcdm3

If you don't watch this tonight, I'll piledrive ya!!! https://t.co/OJXWoriNwX