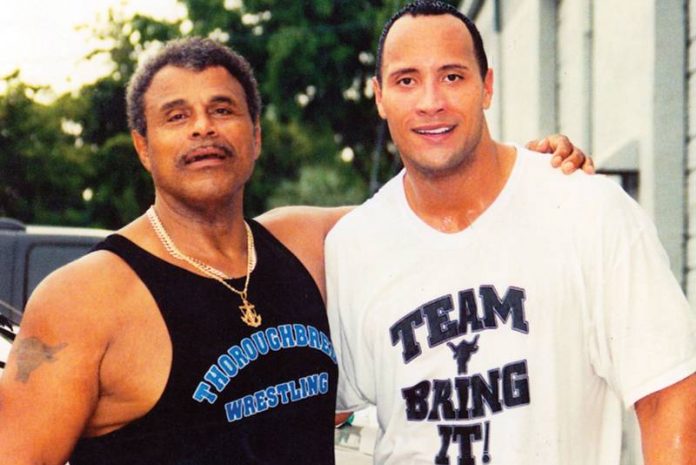 The Rock did an interview with Oprah Winfrey and here are a few highlights courtesy of 411Mania.com…

On his reaction to his father’s passing: “As we all go through this, our own process of grieving and regret, and all these things and emotions that we go through — but again, it’s the cycle of life. And it’s beautiful, it’s painful, it’s amazing, it’s incredible, it’s all of these things. I will tell you this, that in this process — I had a complicated relationship with my dad. It was really, there was a foundation of tough love with my father. [He] wasn’t a big ‘I love you’ guy, and as complicated as it was, what gave me great satisfaction at the funeral was to see he was a great friend to so many guys. A challenged father, but a great friend to so many people.”

On if he got to say everything he wanted to say to his dad: “No. No, I did not. But you know, so that’s the tricky thing I think, as we all go through this and we all lose loved ones. What I’ve realized in the past couple of weeks is, it’s good to explore these feelings. And [I’m] feeling a little guilty, I didn’t get a chance to say the things that I wanted to say or I wish he would have said the things to me as a father, now as a father of three daughters. The important critical things that anchor us that I didn’t get from him. And it’s okay to explore those feelings. But it’s also very important to heal, to make sure that we come back to an anchoring foundation of gratitude. Gratitude for what I was able to have with him.