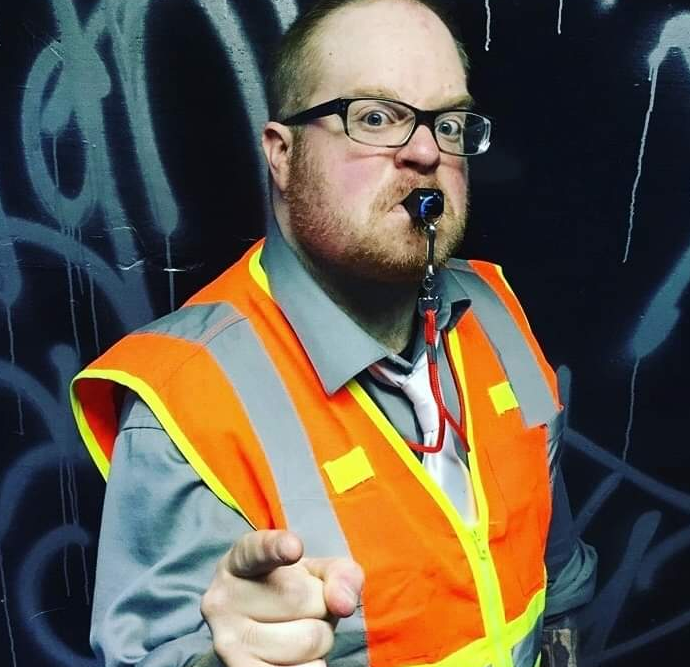 As is often the case in life, many people set out to find their own niche, the corner of the world where they can excel and pursue their own form of happiness. Sure, worldwide and international fame are glamorized in film and on television, but most just search for what suites them.

Professional wrestling is part theater, part sport, and part improv. The squared circle is quite literally a blank canvas where performers can illustrate tales of triumph, tragedy, and victory. One such in-ring confrontation was the well-known Iron Man match between Shawn Micheals and Bret Hart, two real-life rivals that brought the best out of each other inside the ring ropes. Regarded as a classic now, there was some doubt about an uninterrupted 60-minute bout as the main event of a live pay-per-view. Could “The Hitman” and “The Heartbreak Kid” keep the audience for an hour?

Of course, we know now that Vince McMahon’s call of “the boyhood dream has come true” as Micheals bowed to the championship belt is a sound byte that has echoed in video packages for the past 25 years. The occasion became etched in the history books as a classic moment, a segment that proved to be very influential.

While Shawn Micheals is often referred to as arguably the greatest in-ring performer of all-time, and he inspired others to purse the sport in the process, there was one enthusiastic youth that tuned into the live pay-per-view that night that was particularly inspired by the championship victory.

Ronnie Starks, a loud and abrasive pro wrestling manager, was not yet so loud or abrasive when he saw the famous super kick as an 11-year-old fan. He didn’t know it at the time, but the three-count that led to the final bell would shape the direction of his life.

“The mid-90s and the beginning of the attitude era were what really made me want to get into wrestling. Shawn had been one of my favorite wrestlers growing up so when he won the WWF title, I knew this is what I wanted to do,” The now-grizzled vet said.

But, Ronnie wasn’t blessed with the height, size, or natural athletic ability so he accepted early on that being an in-ring wasn’t realistic or the best way he could contribute to the industry that he was obsessed with for most of his life.

“Unfortunately, being a wrestler wasn’t in the books for me, but I always knew I’d be able to have something to offer in different platforms,” he explained.

By 2007, Starks was an adult and wanted to give the crazy business a chance as to not look back and asked himself, “what if?” so he trained with a full wrestling class of other potential students with the assistance of a few Western Pennsylvania mainstays Powerhouse Hughes, the late Ron “The Beast” Williams, and the gritty Sniper. The accomplished trio didn’t take it easy on Starks and had him learn the ropes just like any other student. They were impressed with his dedication and even more so with his gift of gab.

“The only thing that held me back from being a wrestler was the flip bump, but we all decided that managing and being a ref was best for me. I still did the same training as the rest of the class, I did nothing different. I honestly think they didn’t believe I’d stick around, but I ended up being the hardest worker in the group,” Ronnie said.

All the bumps, bruises, and hurdles were worth it in November of that year when Ronnie put on the stripes to referee at a fundraiser event through Hughes’ CWF organization for the California University of Pennsylvania. Starks found himself thrust into the deep end of the pool his first night in the industry on his debut event, as he was the only official available that night so he had to referee the entire card. Am exhausted Starks slumped into a chair after the final bell, but the brisk fall weather and even the extended ring work couldn’t take away from what was a perfect moment for him.

“I was in heaven and I have to tell you, it was like a dream come true. I was young and hungry back then. I wouldn’t trade those memories for the world,” Ronnie commented.

An introduction to the industry wasn’t enough for the eager official and he soon took his act on the road, zigzagging across the tri-state area to gain valuable experience with his striped shirt to referee the action or a tie to rile up the audience as a villainous manager. Sometimes he found himself in front of a decent crowd somewhere in Pennsylvania and other times he performed at sparsely-attended events in West Virginia, but he always saw any chance to walk through the curtain as a chance to live his dream. He made for a solid official, but enjoyed the interaction with the audience as a manager for his prospects.

“Being able to talk clearly and use your mannerisms. It’s a shame that managers are becoming a lost art in pro wrestling, we play such an important role to make our clients look larger then life to create future stars. BC Steele was always good at that. I pride myself on my work, getting everyone over was always my main goal and I felt like I always did a good job at that. Marcus Mann was also really good at doing that. I felt like the three of us were the best in the area,” Ronnie remarked.

However, the professional wrestling business isn’t play time and the amount of training that Ronnie endured was pivotal for his longevity in the sport, but even outside of the ring, he still suffered his share of injuries, specifically a head injury that led to his hiatus from the business at various times over his nearly 15-year career.

“It’s no secret that I’ve been accident prone over the years. I’d get hurt and work through it. I got burnt out and just stop caring. People would always tell me I needed breaks, but I was stubborn and refused to listen. It all caught up to me over the years,” Starks said.

Still, all the late-night car trips for meager pay and gas station food were a sacrificed he was willing to make because of the opportunity to emulate his wrestling heroes.

“Everything I’ve ever done in wrestling has been a blessing and rewarding. I worked in IWC during the Chuck Roberts era and got to work with future names. I traveled so much and met so many amazing people. I’ve worked for everyone and prided myself on being a dedicated worker. I earned the reputation for being easy to work with and being an all around good dude. I wouldn’t change a thing and i’d gladly do it all over again. I just wish I would’ve gotten a chance to work on a bigger stage. I just always wanted to be able to give back to the business. I just hope people look back at everything I’ve done and respect my accomplishments,” Ronnie explained.

Despite all that, he considered one of his most important highlights was a trios title reign he had in the now-defunct Fight Society organization in McKeesport, Pennsylvania in 2019, as it gave him a slice of the championship glory that he saw beamed through his TV when Micheals claimed the belt.

“My biggest highlight was when they put enough stock in me to give me a title run in Fight Society. I’ve done so much, worked for everyone at some point, but this meant the most to me. I like to call that the summer of Starks,” Ronnie remarked.

Post-pandemic, he isn’t sure if there’s more work for him to do on the independent scene or not, but most wouldn’t be too surprised to see him show up on a local card in the future. Now, the 36-year-old Starks dedicates much of his time to his other passions in life, toy collecting and theme parks. It’s not uncommon for him to jump in the car on short notice to visit a few department stores to see if he can find the newest Mutant Ninja Turtle or Ghost Busters releases. A steady career outside of the realm of professional wrestling makes it possible for him to be a frequent traveler to conventions in search of toys or to jet down the east coast to the theme parks of Orlando.

“I plan on moving to Florida within the next six years, I just want my life to be a constant trip to Disney and Universal,” Starks said.

So, Ronnie Starks didn’t get the land the super kick to win a championship belt on pay-per-view or land a contract that put him on national television, but he achieved his own personal goal of a role in the professional wrestling industry, a stint that he’s very proud of today. If personal happiness and achievement can yield a measure of success than it’s a safe bet that Ronnie Starks was very successful in the professional wrestling industry.